Home » Daily Living » What is so special about organic food? (part 1 — The Basics)

If you’re reading this, than you most likely know by now that all my recipes indicate “organic” on pretty much every ingredient. Do you wonder why? Is it because I’m trying to make my recipes fancier than they are?

The answer is no. It is simply because it’s healthier and it tastes better. It’s better for us, our kids, the animals and the planet. How, you wonder?

This is a subject that is dear to my heart and I could spend several weeks talking about it (in fact, I’m sure I’ll regularly have articles talking about this, because it is a very important matter that concerns us all), but for today, I will try to keep it simple and keep this article to a minimum. My goal is not to drown everyone with information!

The principles behind organic production are designed to promote healthy soil and biological biodiversity; to reduce pollution; and to reduce, recycle, and reuse whenever possible. Generally, banned items and processes include

Let’s examine in more details the pesticide/fertilizer issue. Plain and simple. “Conventional” food grown in large commercial operations are usually growing single crops (like corn, soy, wheat or canola) in order to make the maximum amount of money as possible. They do not use old techniques of gardening that includes crop rotations every year, so that each vegetable takes some nutrients from the ground that the next one will not need and releases other nutrients into the soil that the next vegetable will use (I’m no scientist, but that’s my basic explanation). This is the natural process that has been used since the beginning of time. Large commercial operations don’t do this, planting large crops over and over, year after year. This depletes the soil of nutrients and it becomes poor in quality, resulting in a crop that is lacking nutrients and also has a hard time growing and producing. To “resolve” this issue, the farmers apply large quantities of synthetic (i.e. man-made in a lab using toxic chemicals and various forms of petroleum) fertilizers, mainly nitrogen, to give the plants a quick fix.

Because these plants are not naturally strong to begin with, they are attacked by insects much more easily, so in turn, the farmers need to apply huge quantities of pesticides. Since the soil is poor, various weeds also grow there, which makes it harder for the farmer to harvest such large quantity of his crops, so they apply herbicides on their crops to temporarily fix the problem. All of these treatments are temporary fixes, but the detrimental side-effects are long-lasting. This excerpt of an article describes some of the dangers of pesticides:

Agrochemicals are widely used around the world. In our air, food, and water, pesticides and other “-ides” are also burdening our bodies. Tests conducted on Canadian families in 2006 by the Toronto-based watchdog group Environmental Defence found that all parents and children in their study had detectable levels of organochlorine pesticides.

Organochlorine pesticides, used on many food crops, are believed to cause cancer; skeletal abnormalities; and damage to the nervous, reproductive, and immune systems.

Last June the Environmental Working Group (EWG), a U.S. watchdog group, released its latest version of the Shopper’s Guide to Pesticides in Produce.

EWG researchers analyzed US pesticide residue data gathered annually between 2000 and 2010. Even after washing and peeling produce samples (to simulate the chemicals likely present on the food when eaten) they found that residues on conventional crops are widespread: 68 percent of food samples had detectable residues.

Back in Canada, meanwhile, the Canadian Food Inspection Agency states that 99.6 percent of fresh fruits and vegetables meet Health Canada’s acceptable standards for pesticide residues. Unfortunately, Canada’s stance on chemicals is routinely criticized by environmental groups including the David Suzuki Foundation and Environmental Defence as weak and antiquated.

And while it’s true that residues have also shown up in organic produce, organic growing means that the chances are far fewer and any residues are likely less.

This is only the tip of the iceberg. The damages caused to humans from pesticides are enormous, not just to the people who eat it but to the workers who apply them, including a lot of poor farmers (and their families) in developing countries who do not know about the dangers of using pesticides. Some side-effects can go from migraines to babies born without limbs, to neurological diseases, to cancers to death.

Here is a good list to follow when buying fresh produce at the grocery store (obviously 100% organic is the best, but one step at a time, and this is a great start!):

According to the Environmental Working Group’s Shopper’s Guide to Pesticides in Produce, these conventional fruits and vegetables have the least pesticide residues:

*Choose organic to avoid GMOs, as some sweet corn for human consumption is genetically modified but unlabeled as such.

The EWG’s Dirty Dozen Plus lists the most contaminated fruits and vegetables:

Although not officially part of the official ‘dozen’, mentions went to green beans and kale/greens because these veggies were often contaminated with organophosphate insecticides that harm the nervous system.

So, what’s special about organic food? Well, for one, they aren’t sprayed with synthetic chemicals that will in turn get into our bodies. I prefer my salad clean, do you? 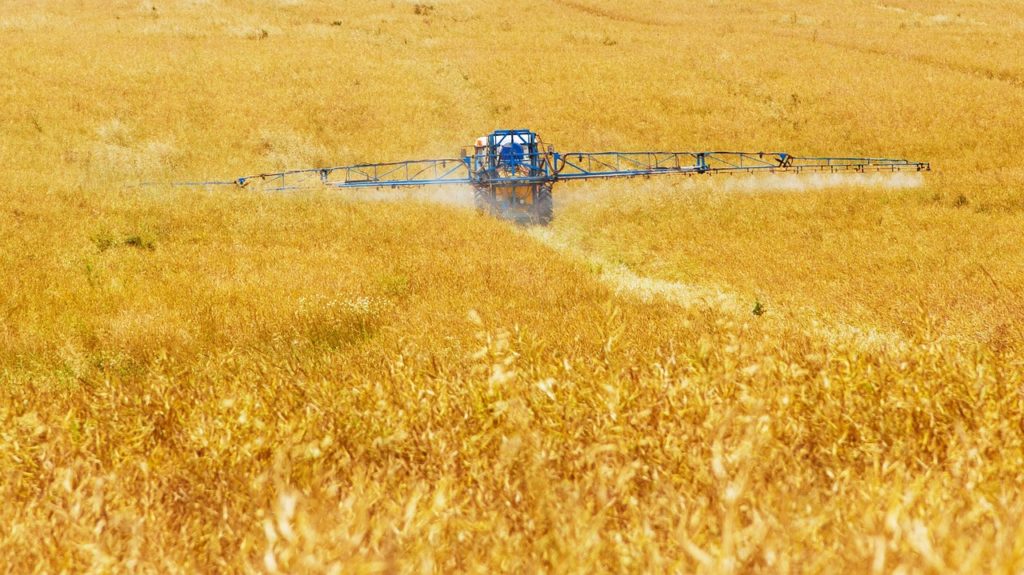 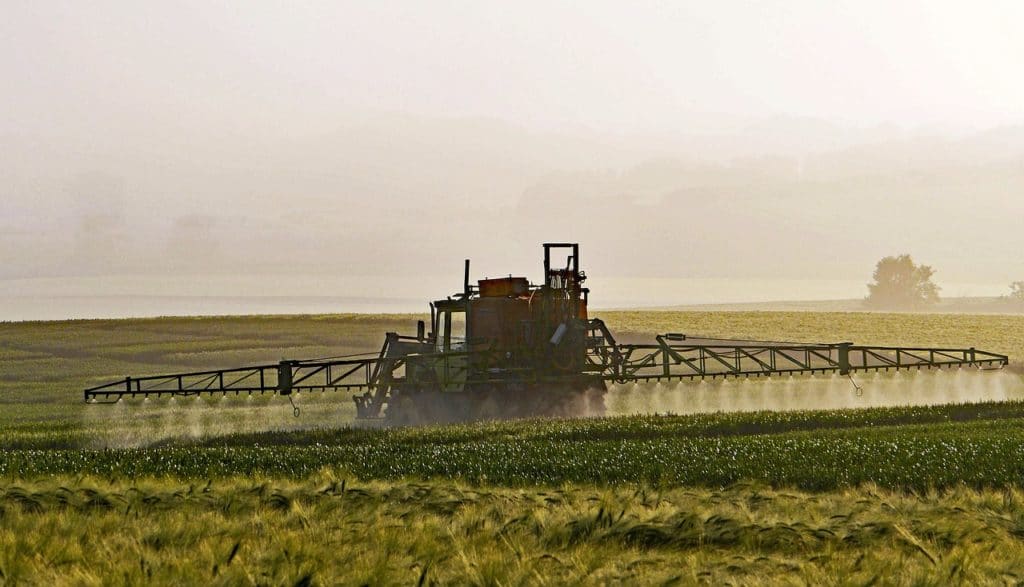 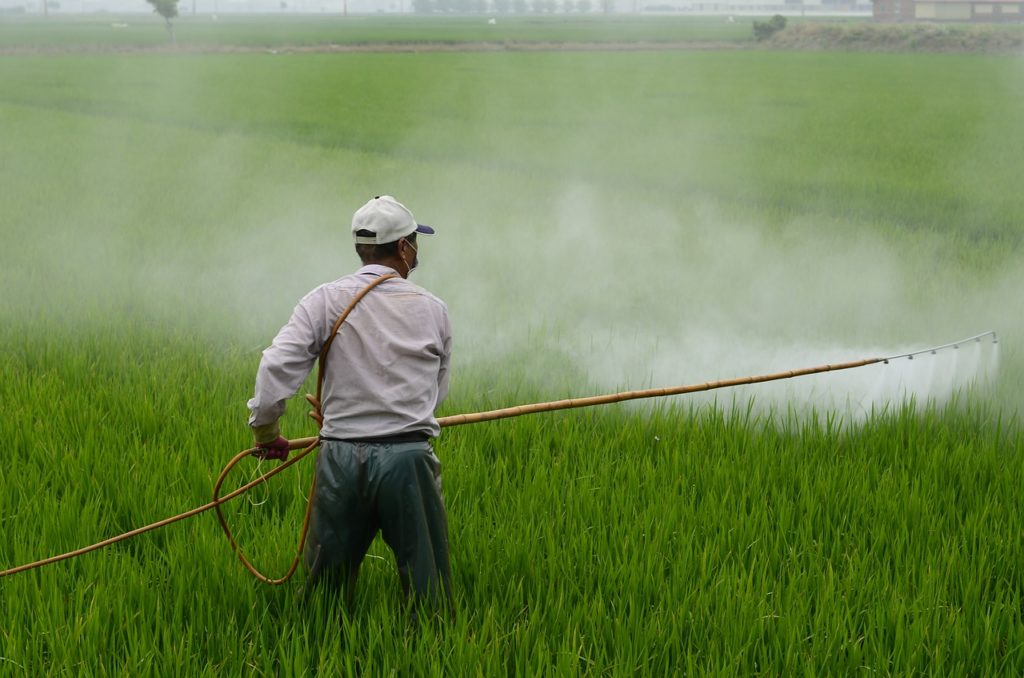 We hate spam, your email is safe with us!
Previous Post: « 10 min fancy and healthy weekend brunch
Next Post: 4 Easy Tips to Breathe Cleaner Air in your Home »