Guten tag from Köln (Cologne) Germany! While still on our European vacation in Belgium (we stayed at my friend’s house the first few days, doing some food shopping at various organic stores, discovering the area a bit and trying to relax in the grey and rainy weather), we decided to keep it simple and not drive too much, so we went to Cologne (Köln), Germany for 2 days/1 night.

The drive from my friend’s house just outside of Brussels to Cologne was around 2.5 hours, but after missing a couple of exits and some construction/traffic, that added extra time so we got to our hotel almost 2 hours later than expected. The day was still young though and very nice and sunny (quite the contrast from Belgium) so after making ourselves a quick yummy sandwich made with all organic ingredients (our usual meal on the go in Europe: fresh bread, real mayo, cured Spanish ham, lettuce, tomatoes and “cornichons” – tiny gerkin pickles – MMmmm… so delicious!), we left the hotel and walked through a whole area of pedestrian roads, filled with people and stores, boutiques, cafés and restaurants. (On a side note, I do find it a bit sad that American brands like McDonald’s, Burger King, Subway, Dunkin Donuts and Starbucks have made their ways throughout the world like here, losing a bit of its personality and charm.)

After walking for about 15-20 minutes through the crowded streets, we made it to Germany’s most famous gothic cathedral, Kölner Dom, a UNESCO World Heritage Centre. It’s huge!!! Over 157 meters high, the cathedral soars above town and can be seen from kilometers away (we saw it on the highway, 10 km away!). The craftsmanship on this building is very impressive, that’s for sure. Kind of insane! No wonder it took over six centuries to complete! It started in 1248 but was halted in 1473; the work started again in the 19th century and was completed in 1880. During World War II, many bombings left it damaged and it was not fully restored until 1956.

We were told that it is possible to go up and see the view from the top. So…. What did we do? Of course, we climbed over 500 stone steps to go up and then had to go back down the same way, sharing this tiny stairway carved in stone. My legs started getting tight and shaky about halfway through and reminded me that I ran a half-marathon only 5 days ago and a 7-8k of non-stop jogging the day before. But I made it to the top of one of the 2 bell towers! We had an amazing 360 view of the city and saw the huge bells (5 total, 1 huuuuuge one and 4 really big ones).

We then went all the way back down and walked back to the Rhine river and across the Hohenzollern bridge, or its common name “Bridge of Love Locks” (so many locks!) to go to the panorama and see the city from that side.

The hotel concierge had given us a local map, which mentioned a few restaurants in town serving organic food and one of them wasn’t very far so we stopped there to have dinner on the way back to our hotel. It’s located in the pedestrian neighborhood and is called Café Stanton, a really cute setting, modern, lots of wood, glass, metal and concrete, but very warm, casual and inviting. We even got to hear a live guitarist perform his music while we were eating.

I ordered a chicken breast with gnocchi and asparagus in a light creamy curry sauce and my husband ordered a more “German meal” that was also delicious, including a classic German potato salad with cucumber and red onion in an oil and vinegar dressing. I much prefer this kind of potato salad (oil and vinegar rather than mayo). His plate also had a delicious sausage with a sherry and figs mustard on the side. Yum! The portions were generous, and both plates were delicious (I tasted both!), it was hard to finish everything. The service, although a bit slower for North American standards, was great and the servers friendly. The location is perfect and the prices are really affordable! Not everything on their menu is organic but they do offer a lot of organic options. I would definitely recommend this restaurant if you’re visiting Cologne!

Our hotel was the Dorint Hotel am Heumarkt, a nice hotel in an amazing location, at a good price, with a great room facing the Kölner Dom and away from elevators and people walking (i.e. quiet!) made this a great stay, even if we were there just 1 night. Because we were way in the back of the hotel, we didn’t even hear any of the housekeeping people until after 9:30am (one of my pet peeves: housekeeping in hotels, slamming doors and making a ton of noise at 7am!), which was great to sleep-in a bit. The only bad thing I have to say about this hotel would be their pillows! I don’t understand why they insist on using feather pillows that are so soft, it’s like you have nothing under your head after 5 minutes and you have to constantly rearrange it throughout the night. Why do they use that?!! If it wasn’t for that, I’d say I had nothing bad to say about this hotel. 🙂

The next day, after a late casual breakfast, we drove to Claudius Therme, and took the cable car Kölner Seilbahn across the river to the Cologne Zoo and aquarium. After 5 minutes inside, I remembered that I had decided not to go to zoos anymore (I’ve only been to a few like the San Diego zoo and the Singapore night zoo, which I’ll admit, was kind of amazing) because I think it’s animal cruelty and I don’t want to support that! So that sucked. I feel awful that I participated in it 🙁 We did go around a bit but I ended-up talking to each animal I’d see to tell them how sorry I was that they were stuck in there (including tigers, crocodiles and gorillas who looked so sad), so that was kind of depressing and we left.

We did grabb a yummy warm pretzel while being there though, I figured it was the appropriate thing to do in Germany 😉

The cable car ride is definitely something to do while visiting Cologne, you get great views and a totally different perspective, well worth the 6 euros (return)!

All in all, a quick but nice visit to Cologne, Germany! Maybe next time we go to Germany, we’ll explore the countryside and meet some of the cute and happy cows eating grass that we got to see from the highway along the way 🙂 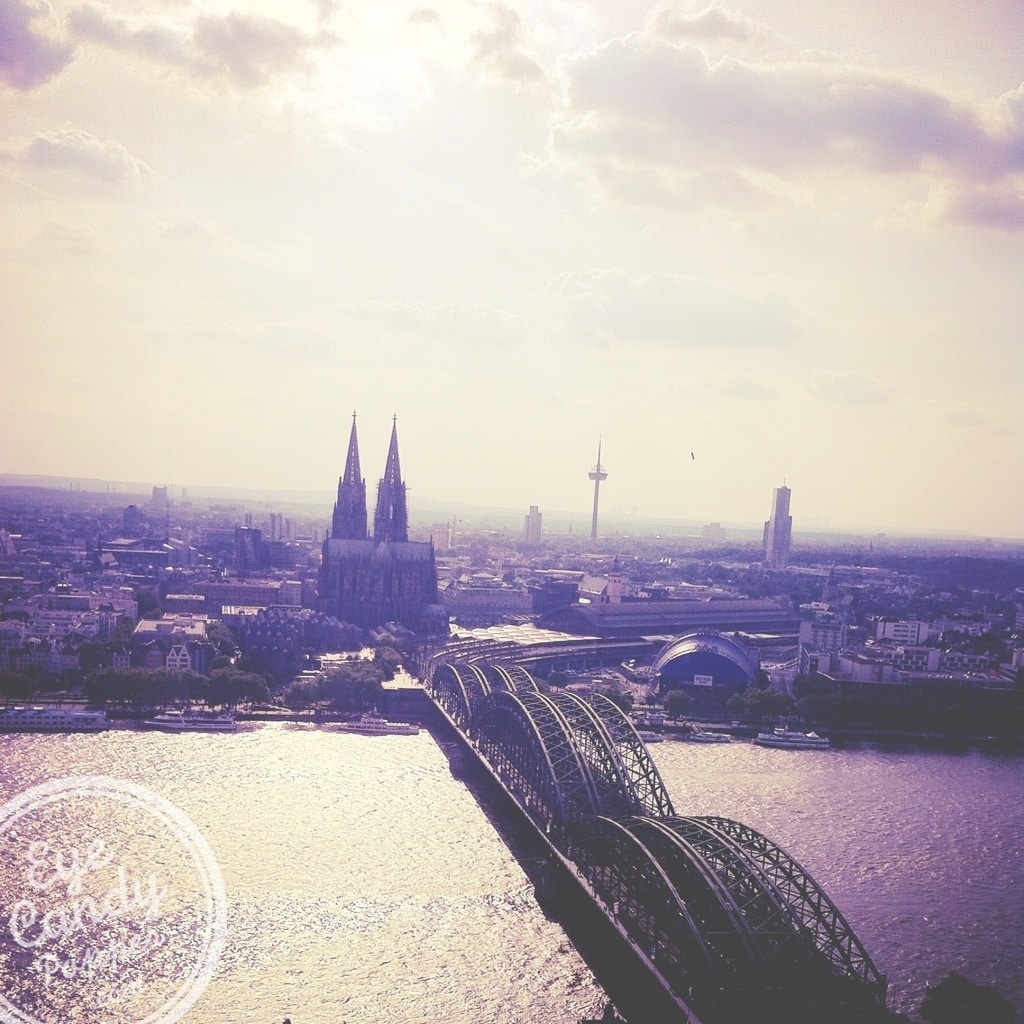 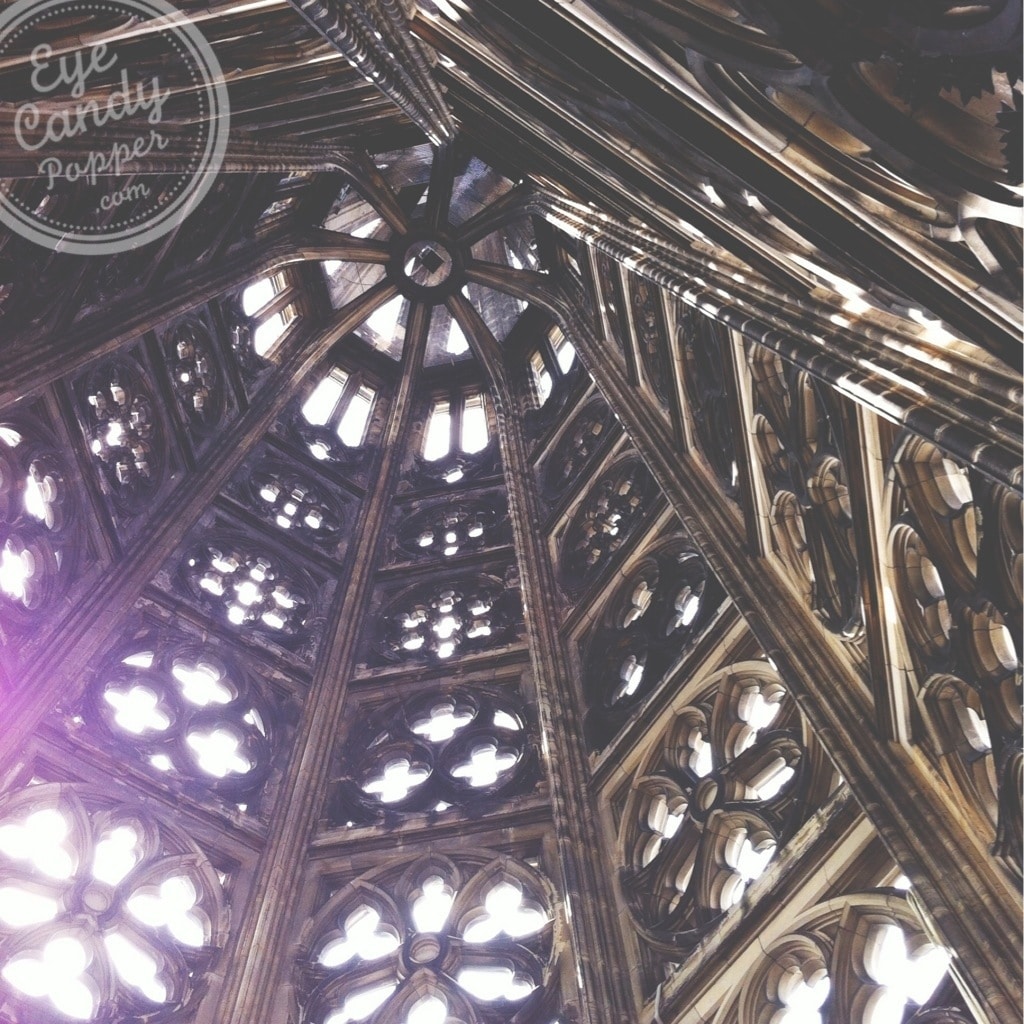 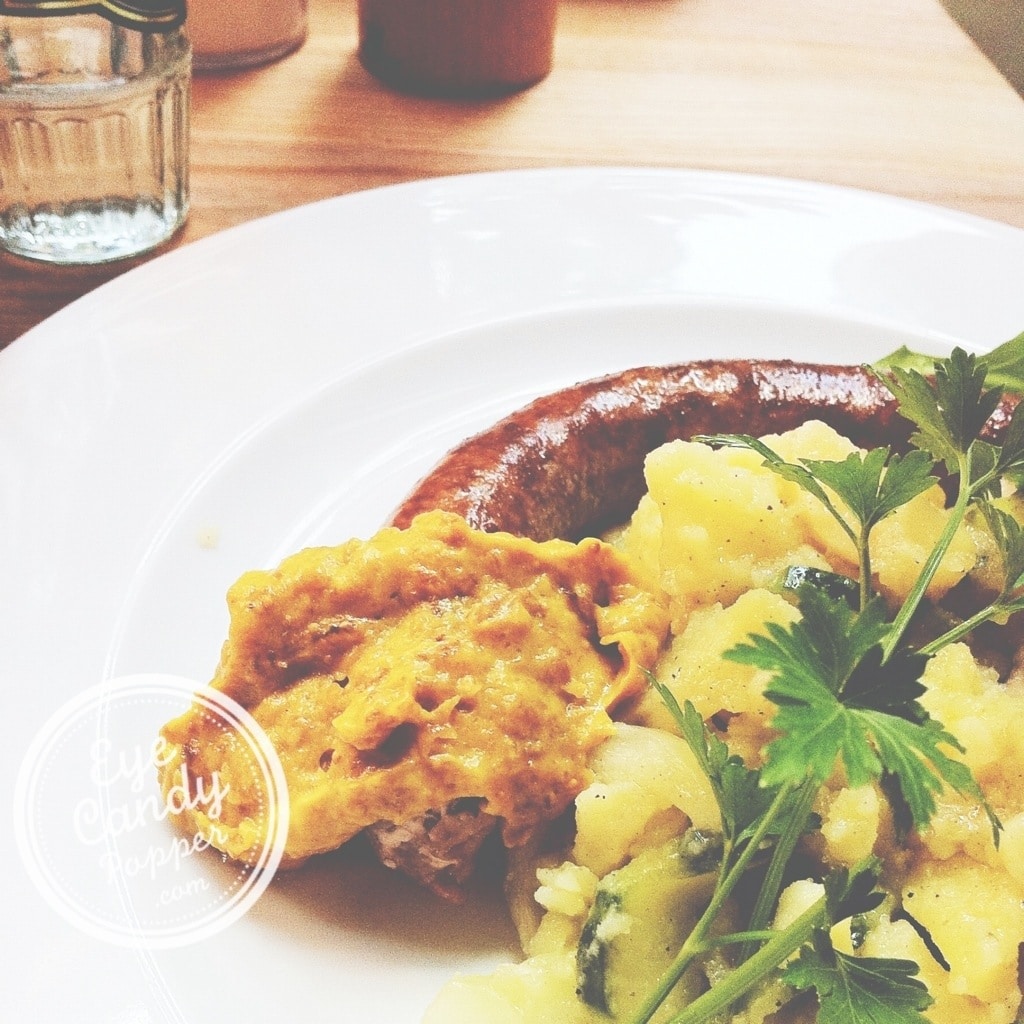 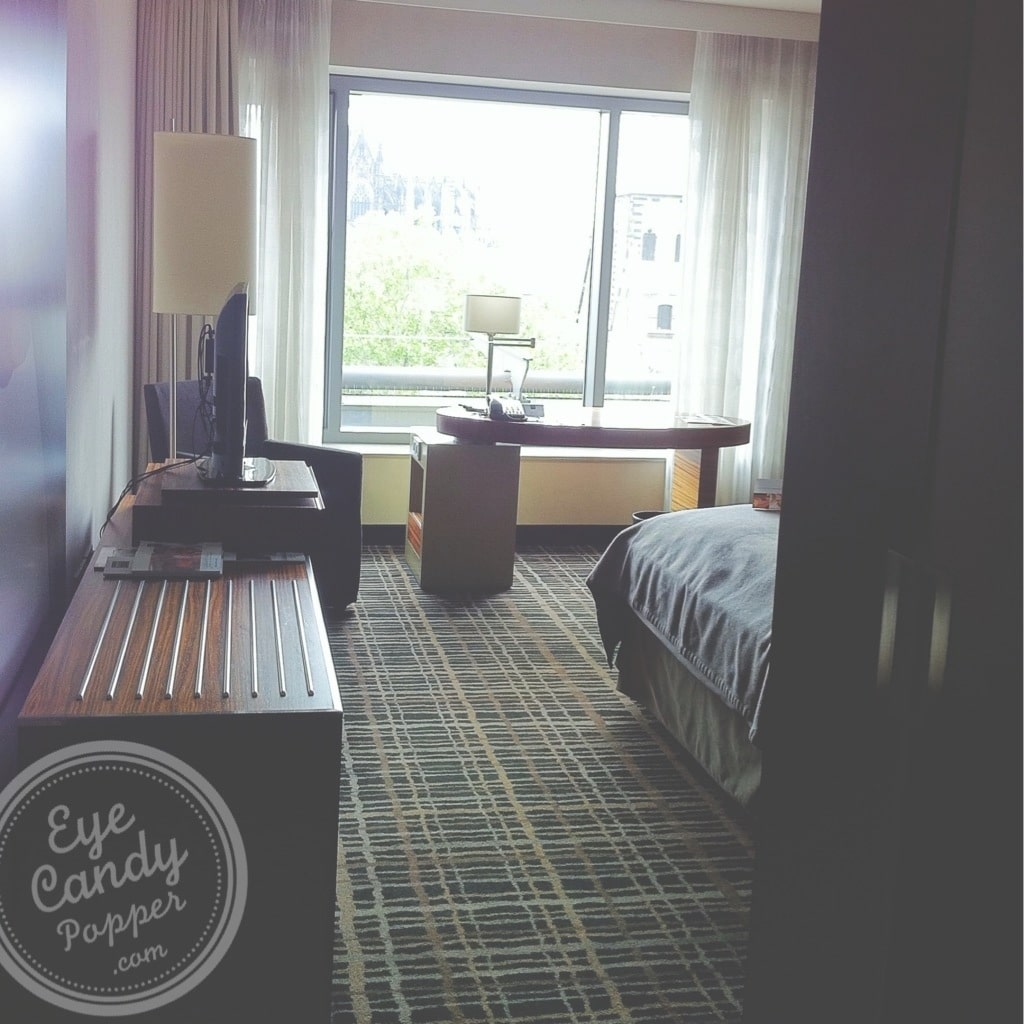 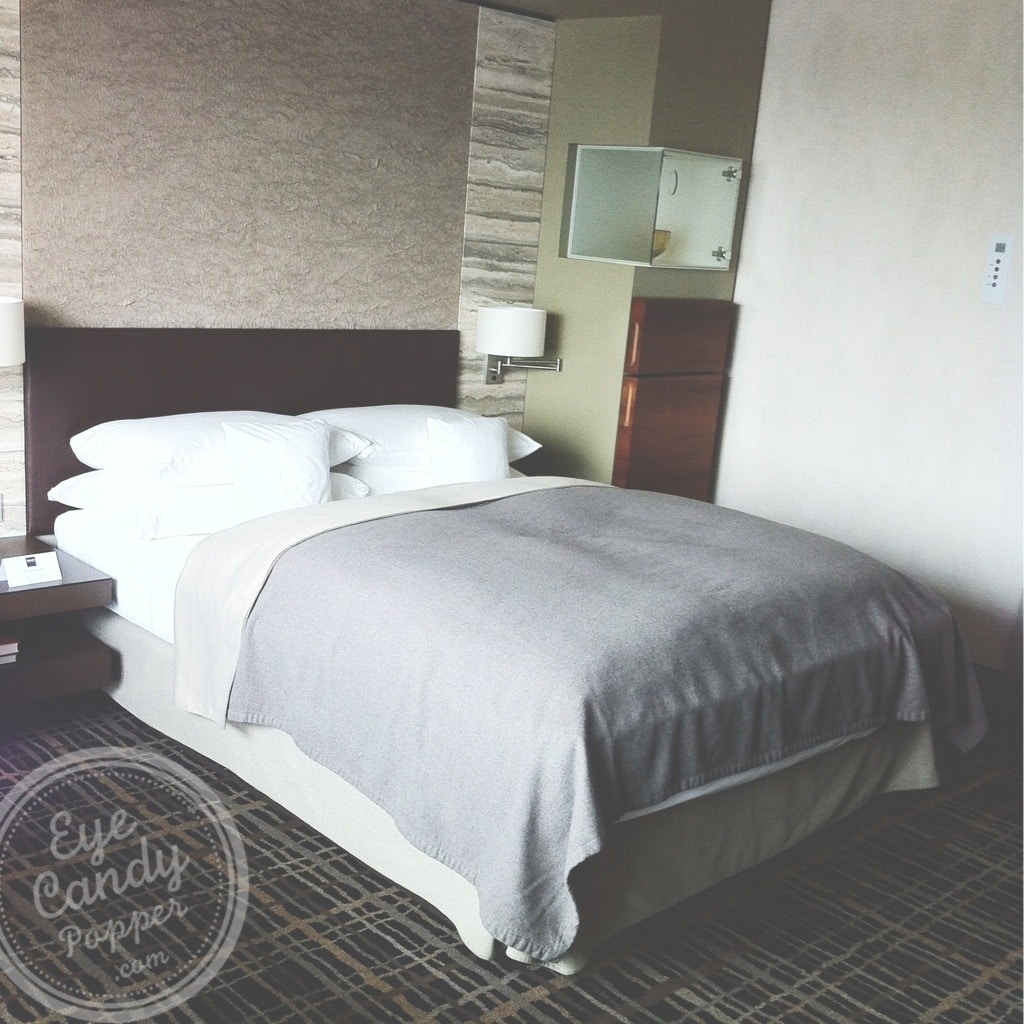 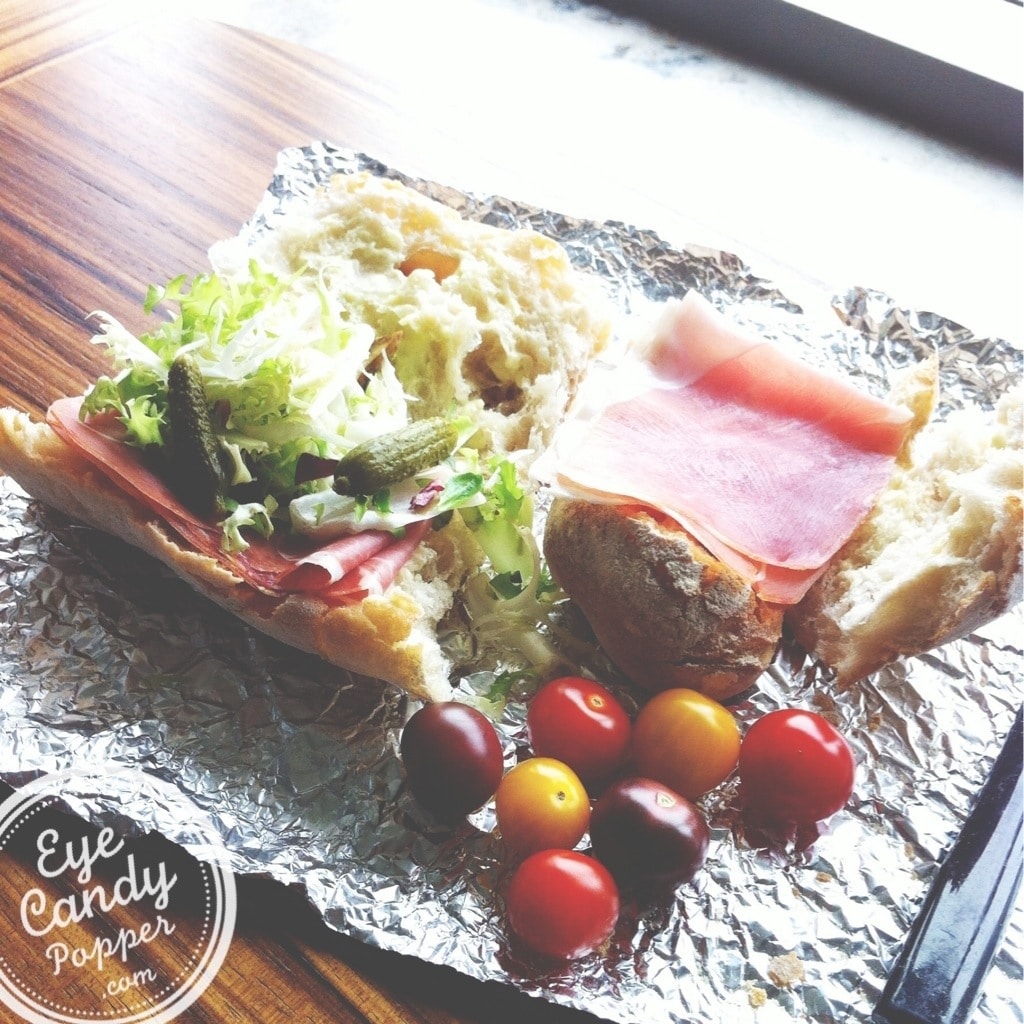 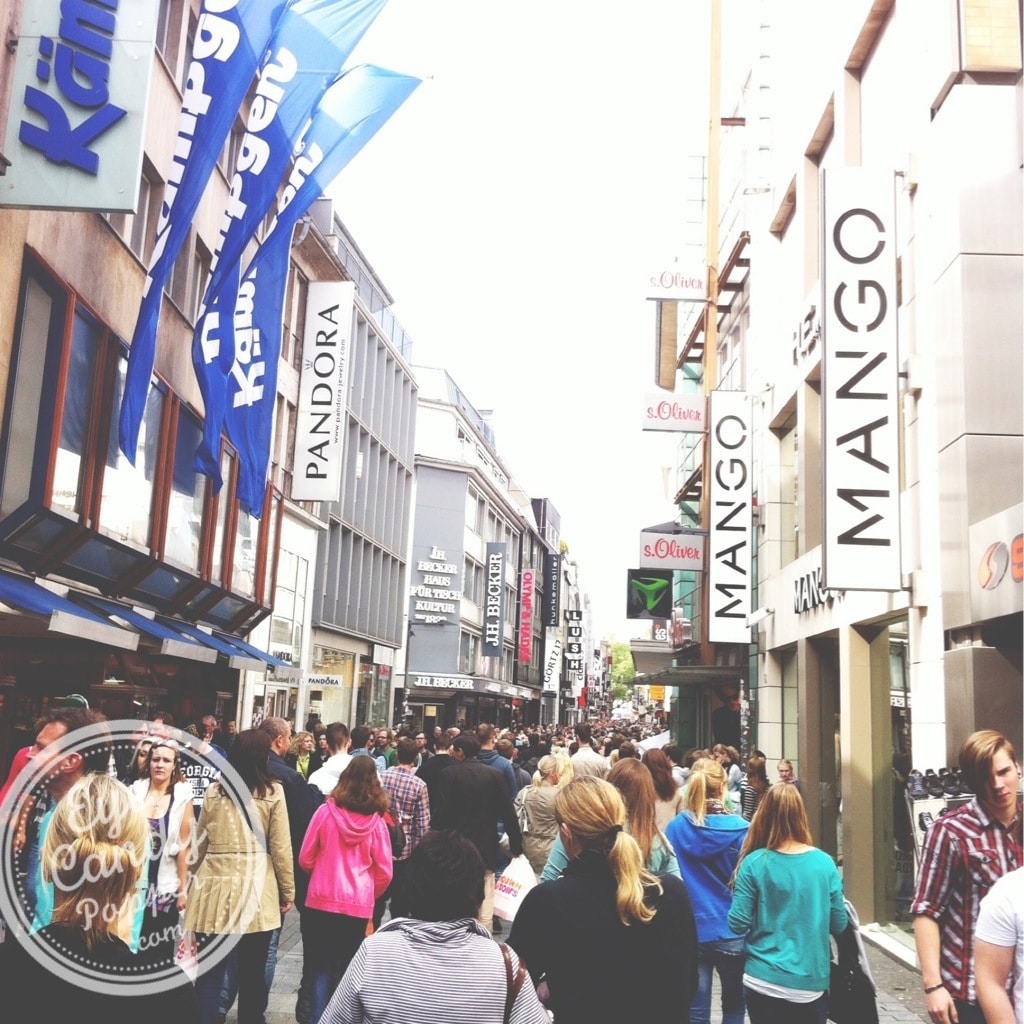 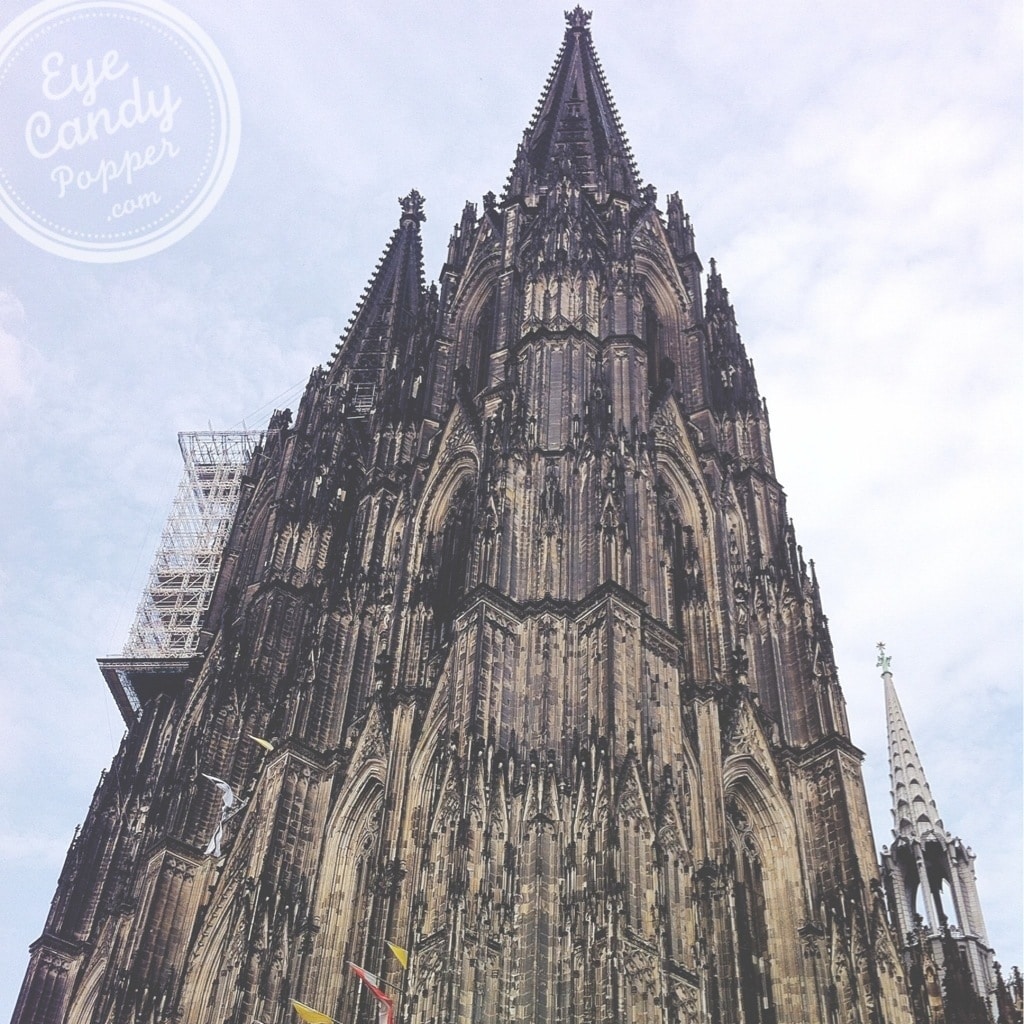 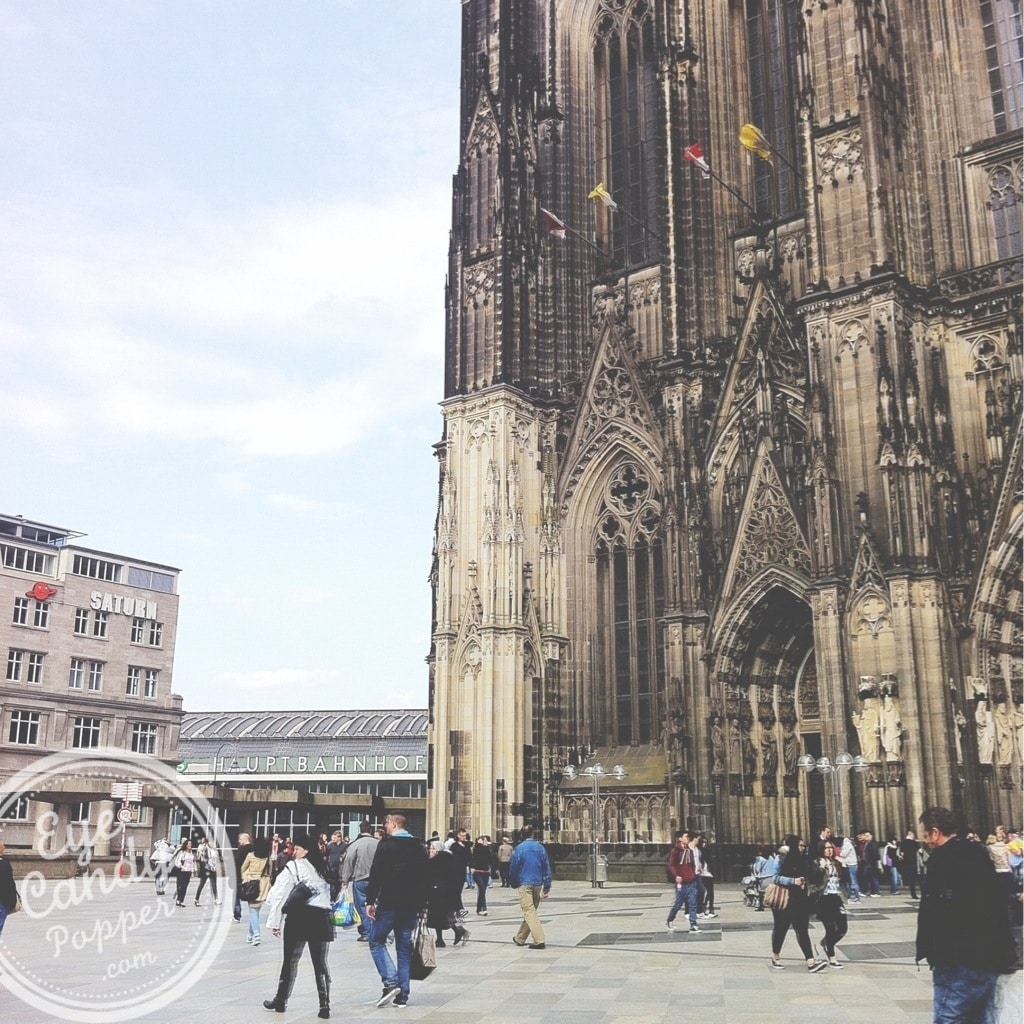 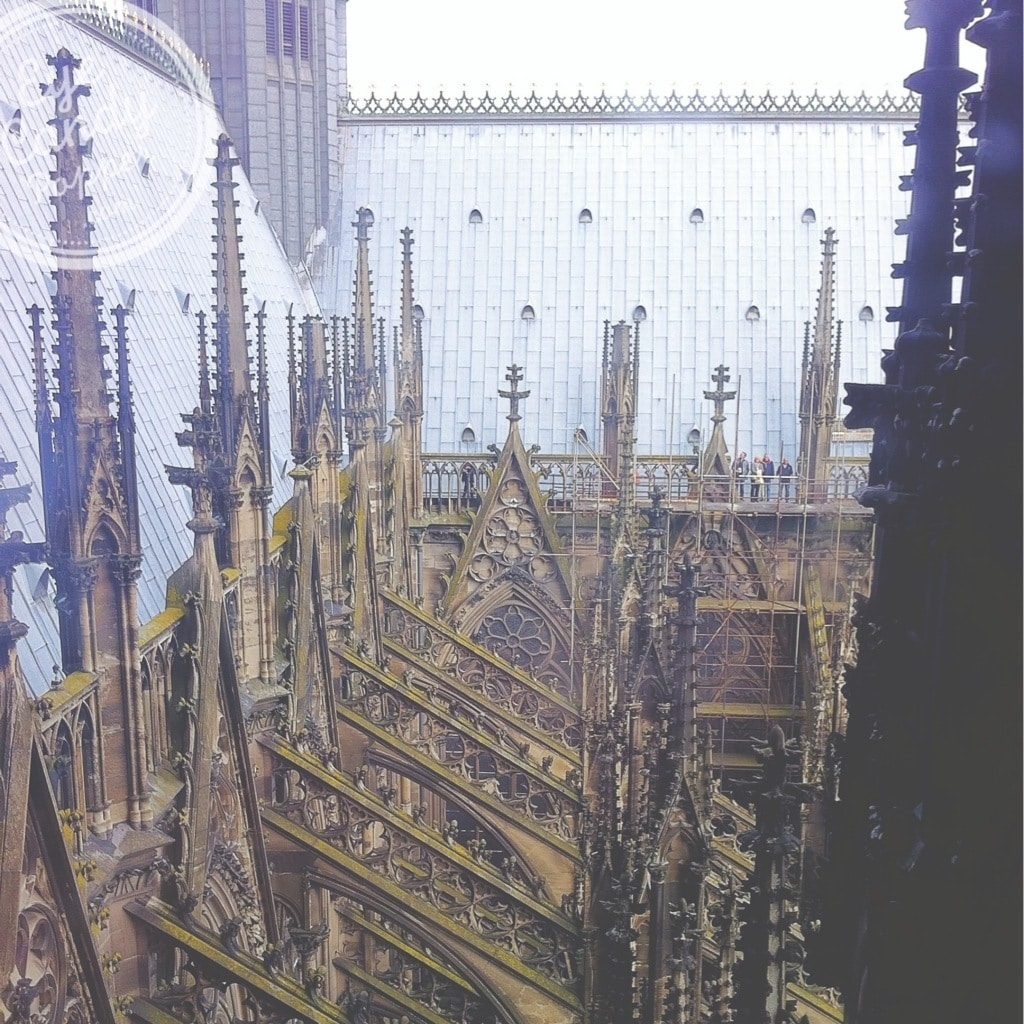 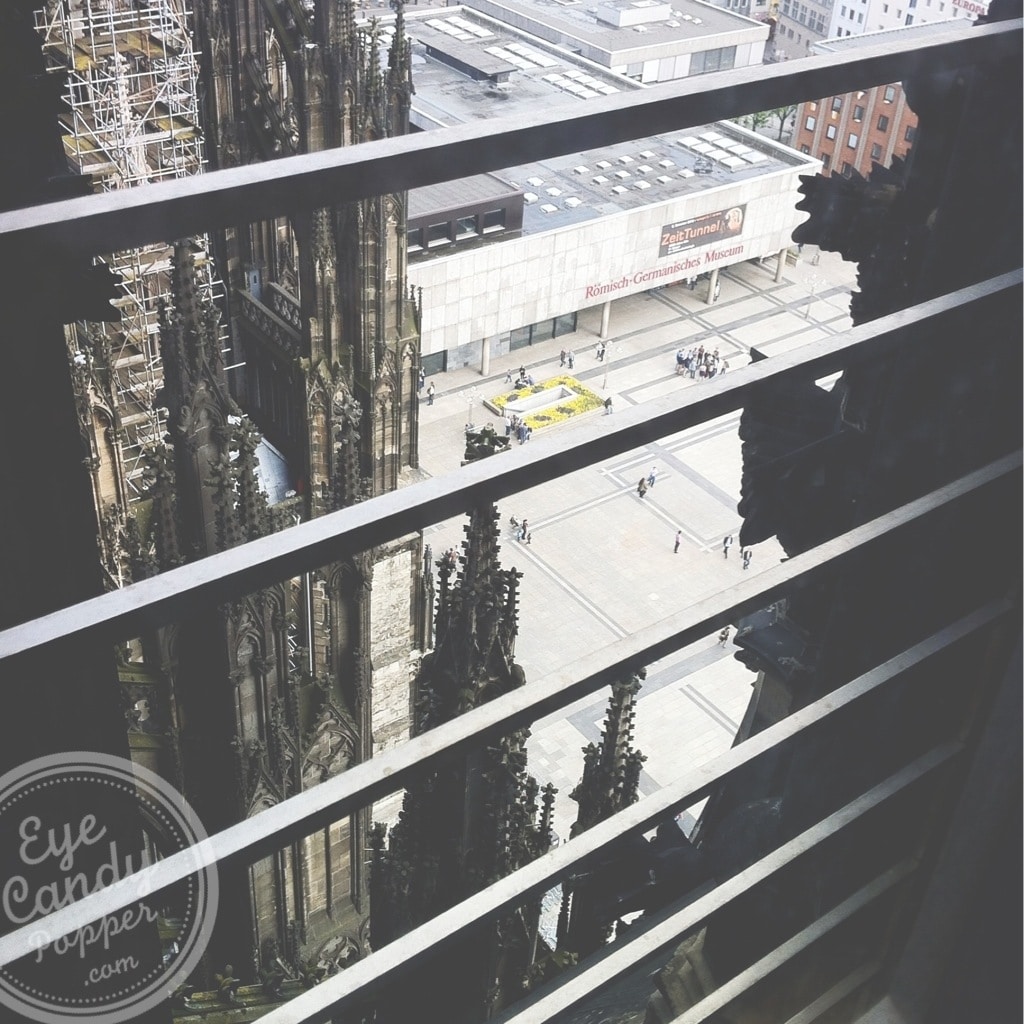 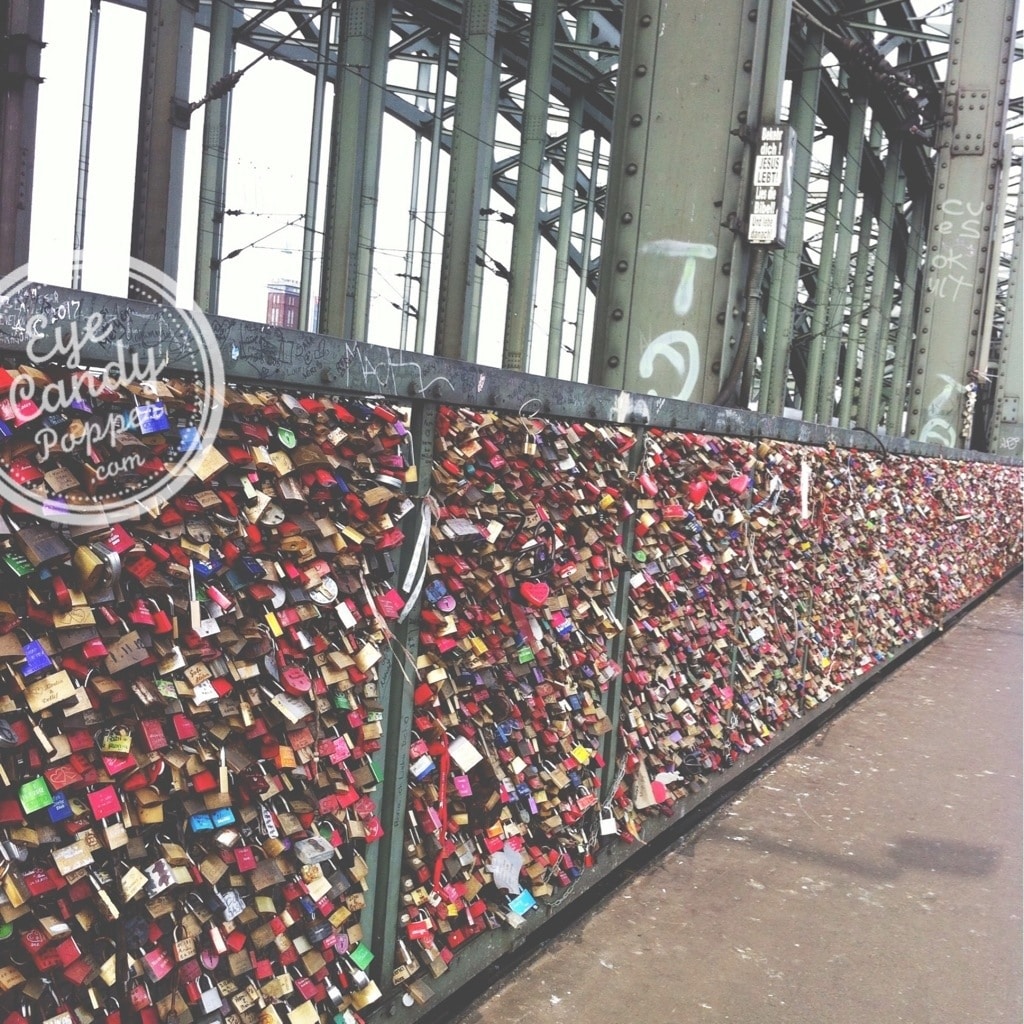 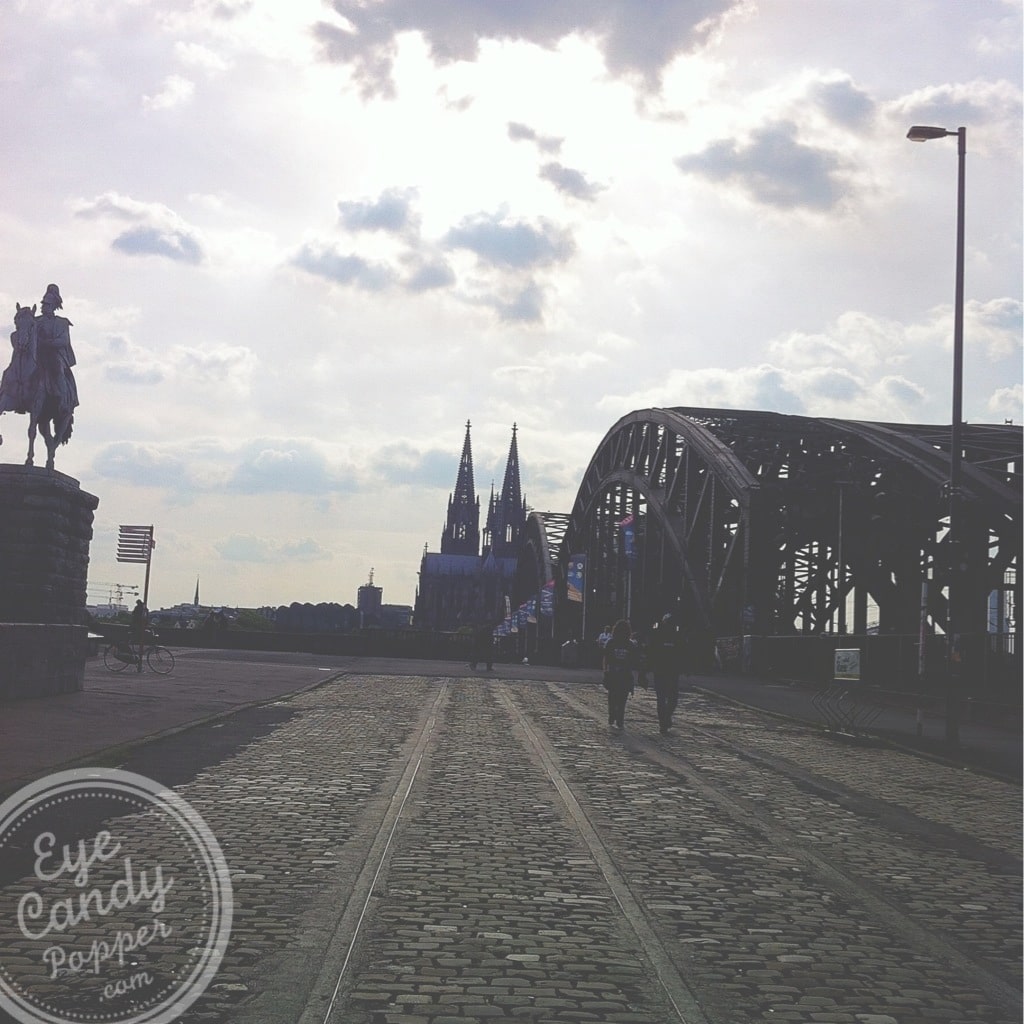 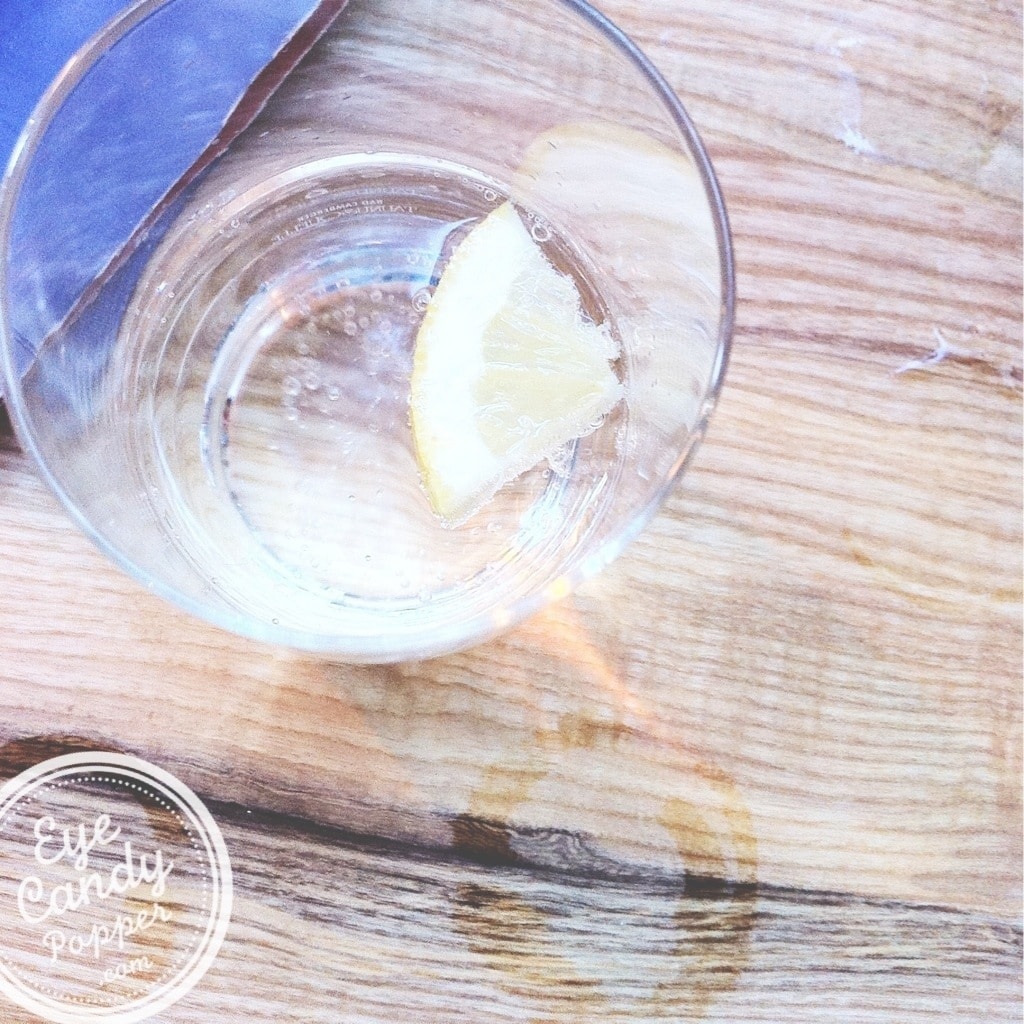 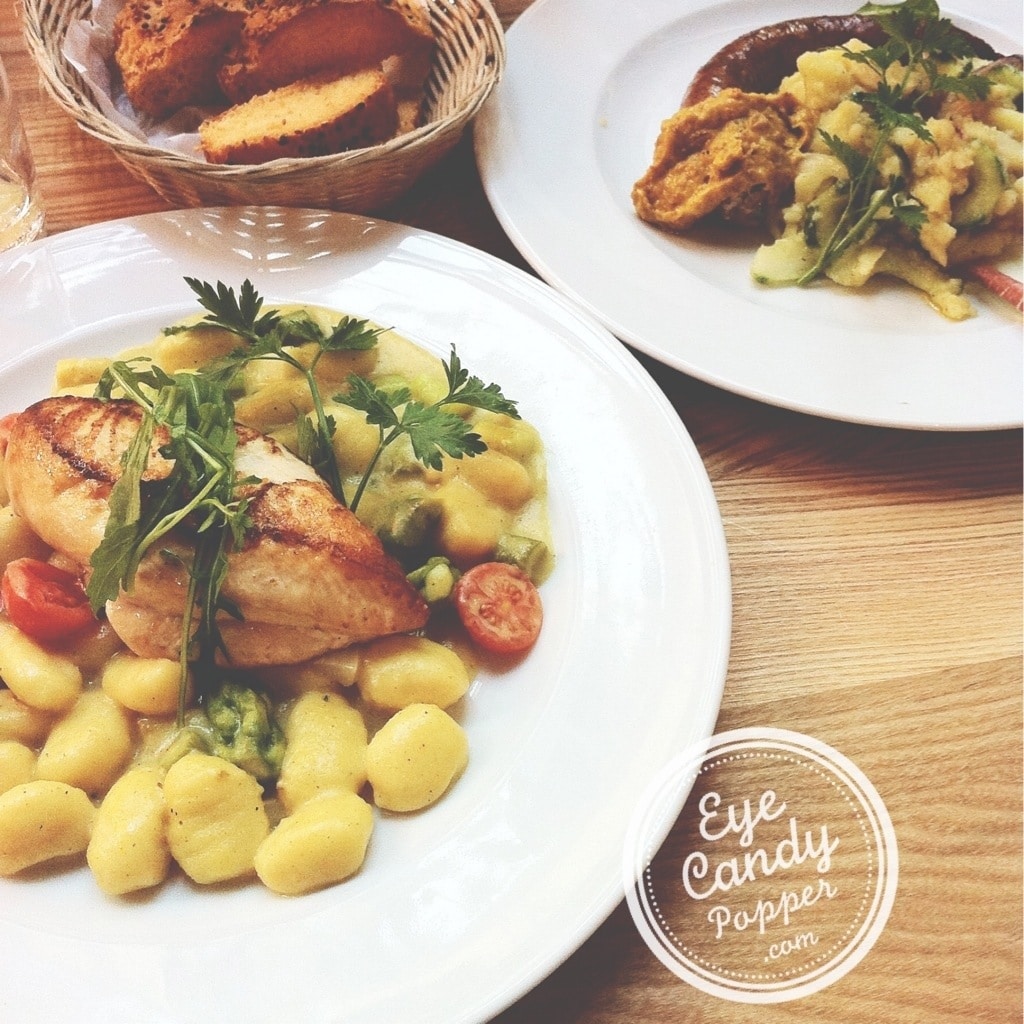 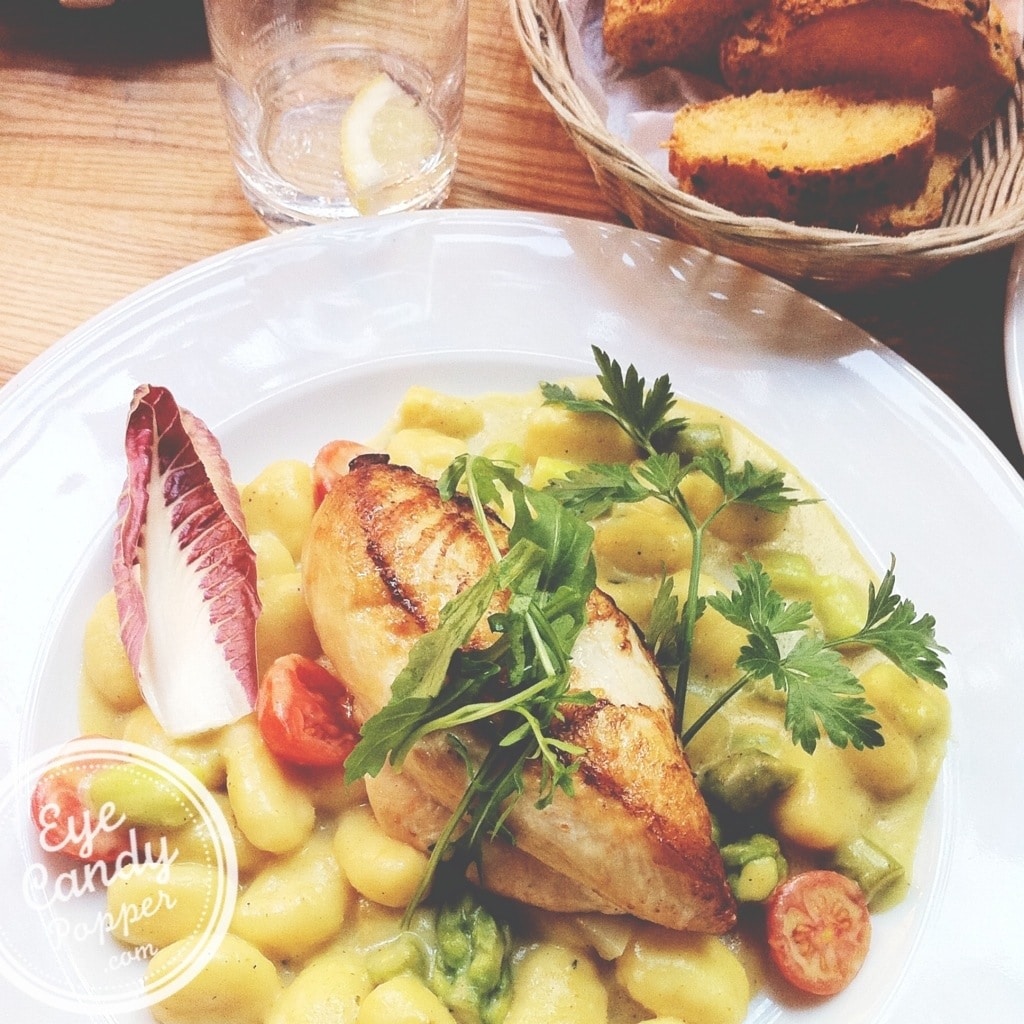 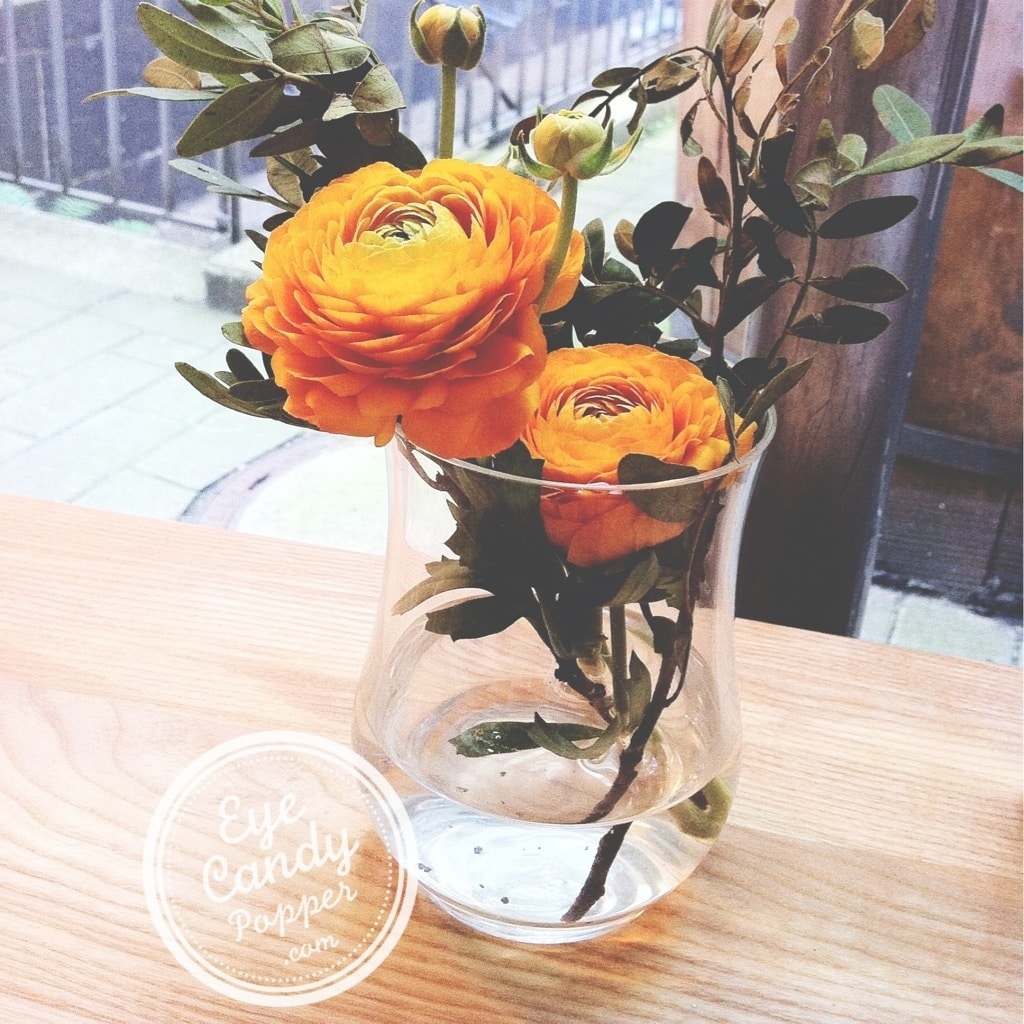 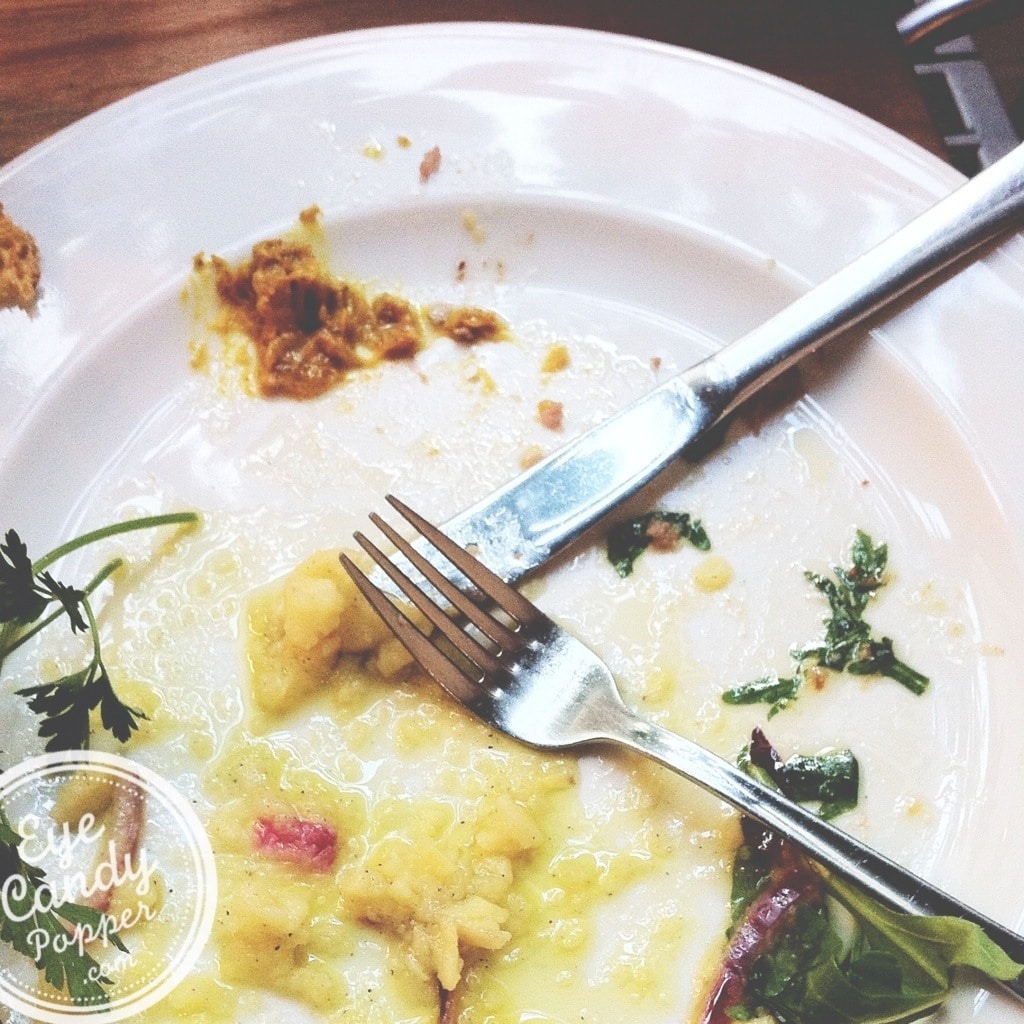 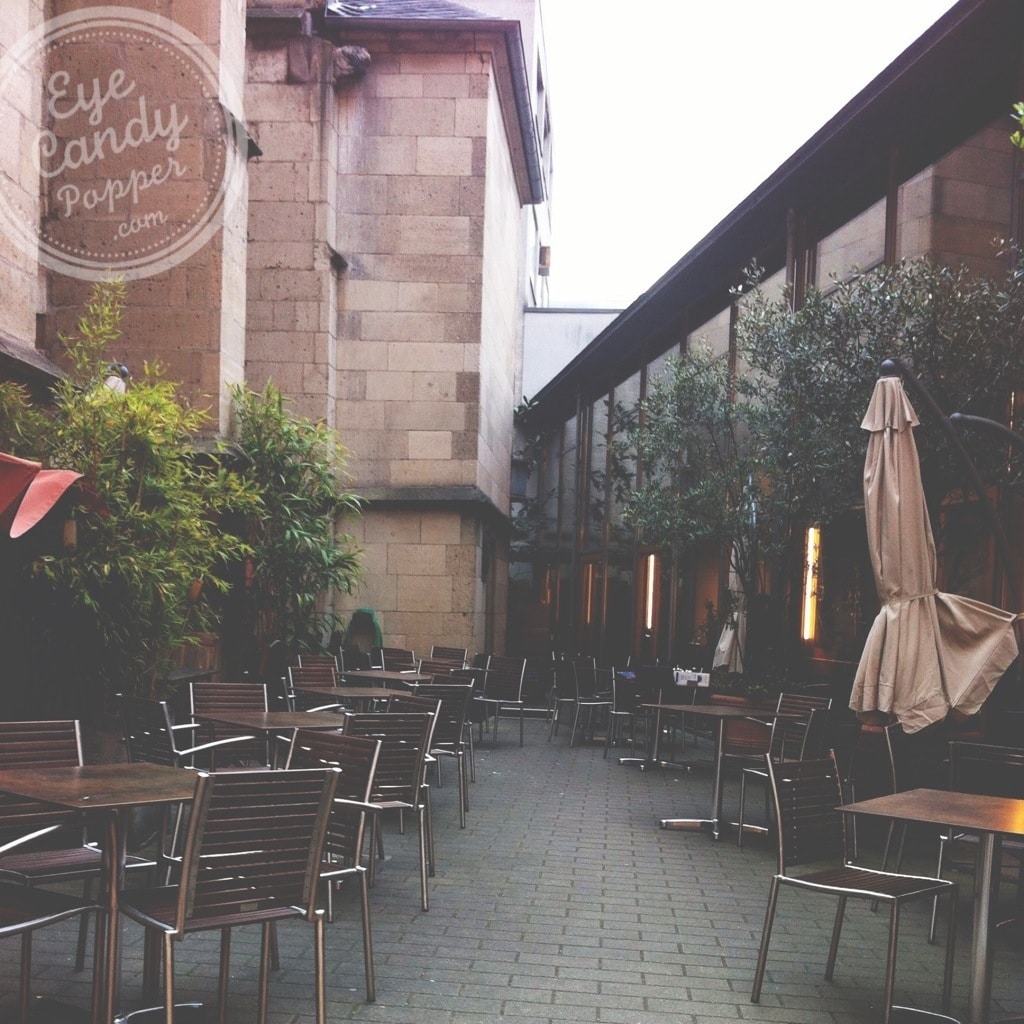 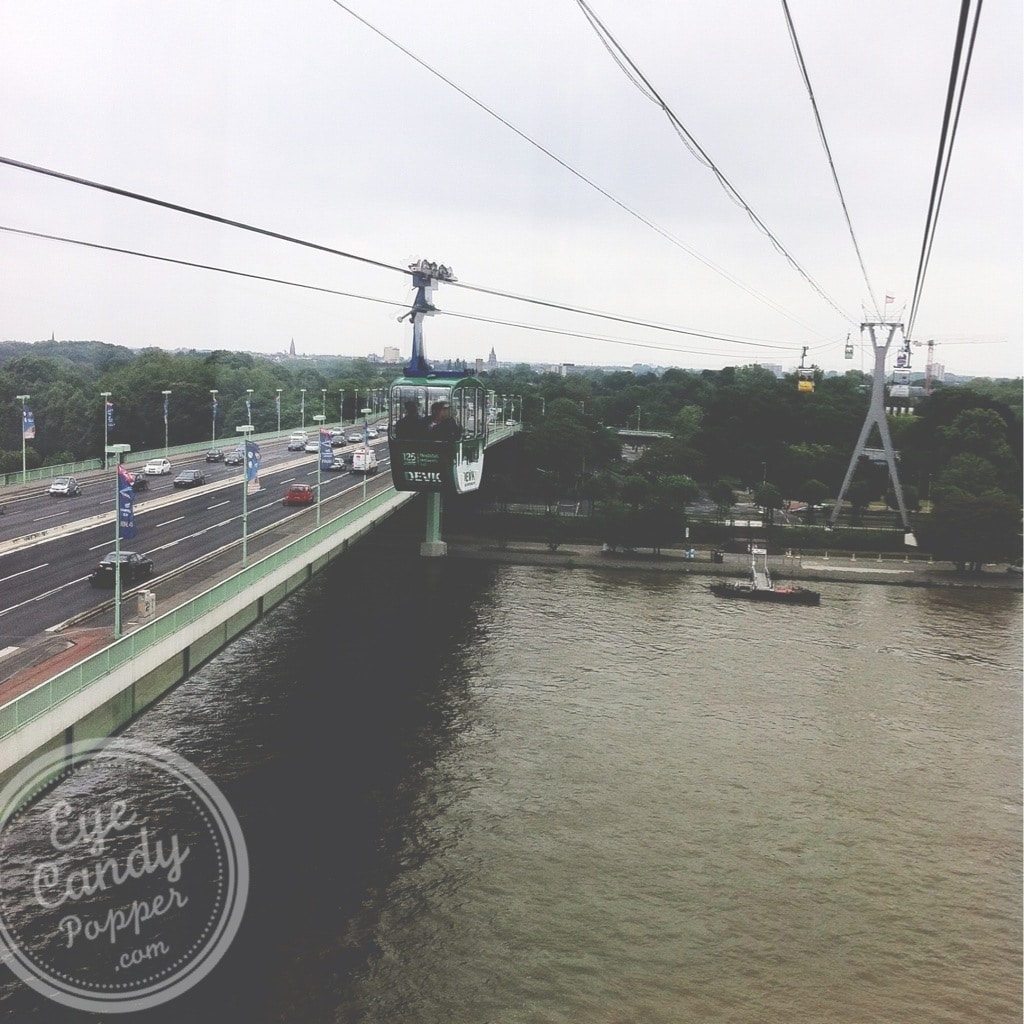 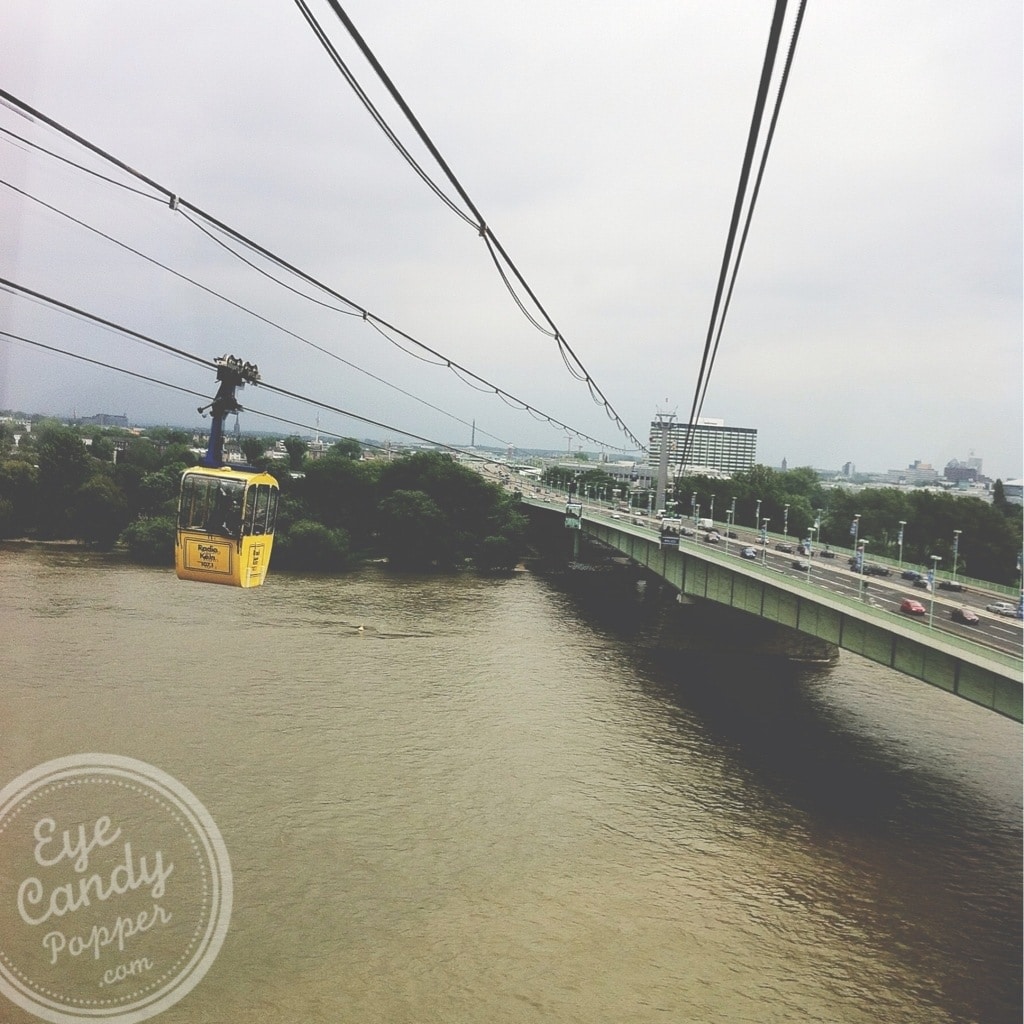 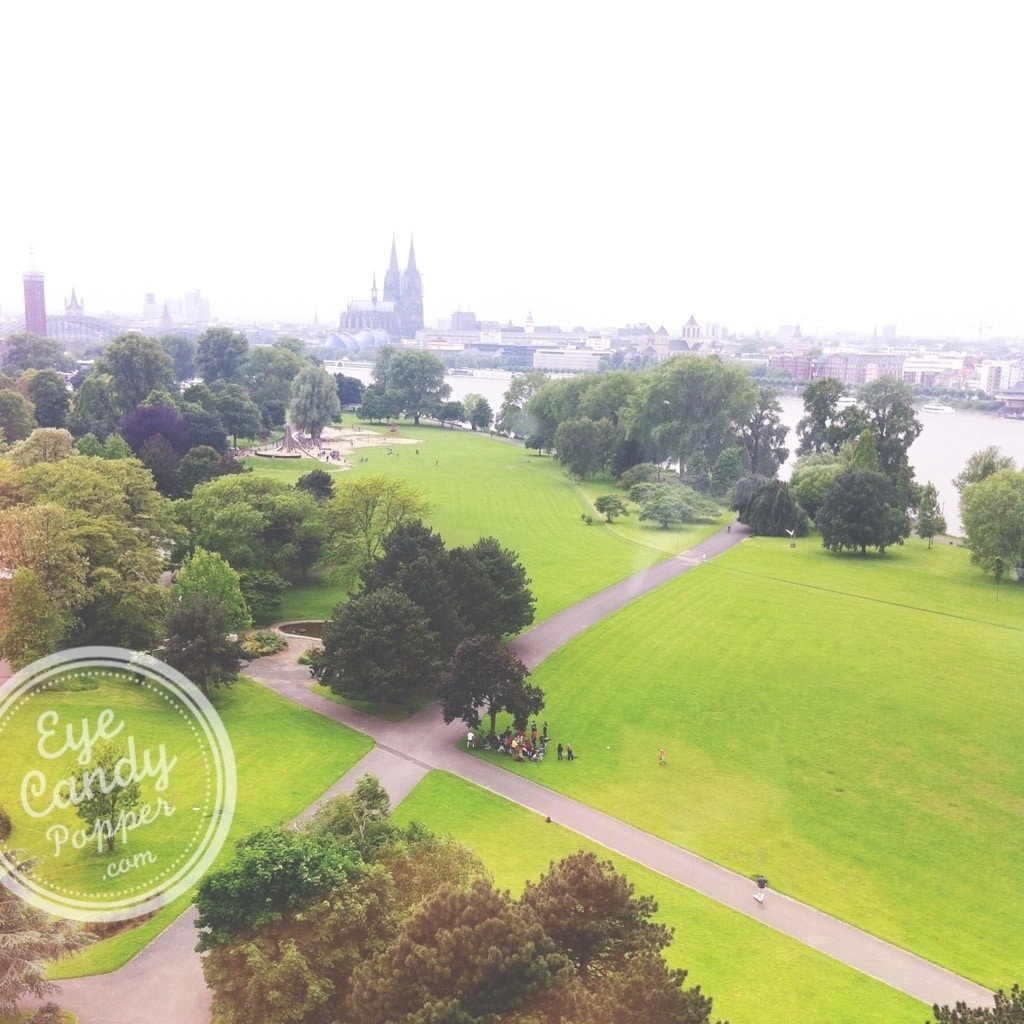 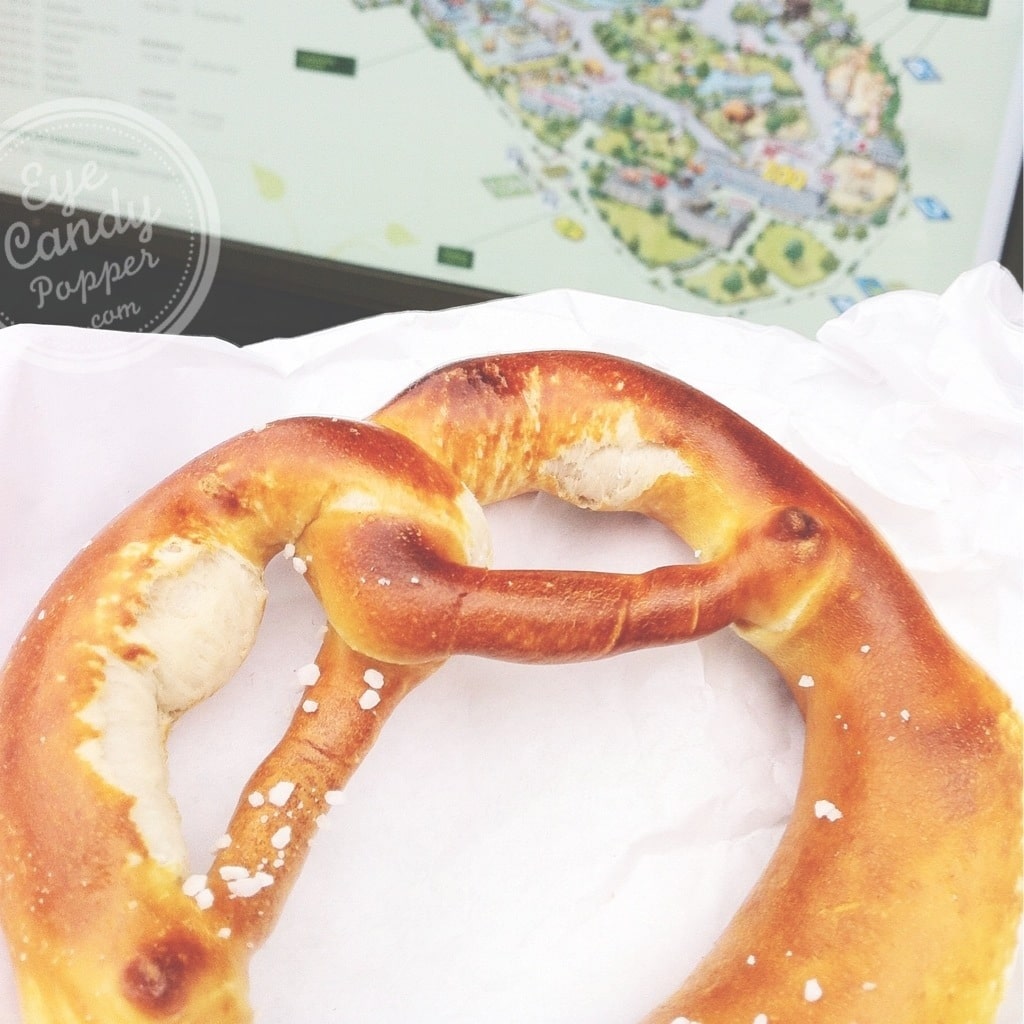 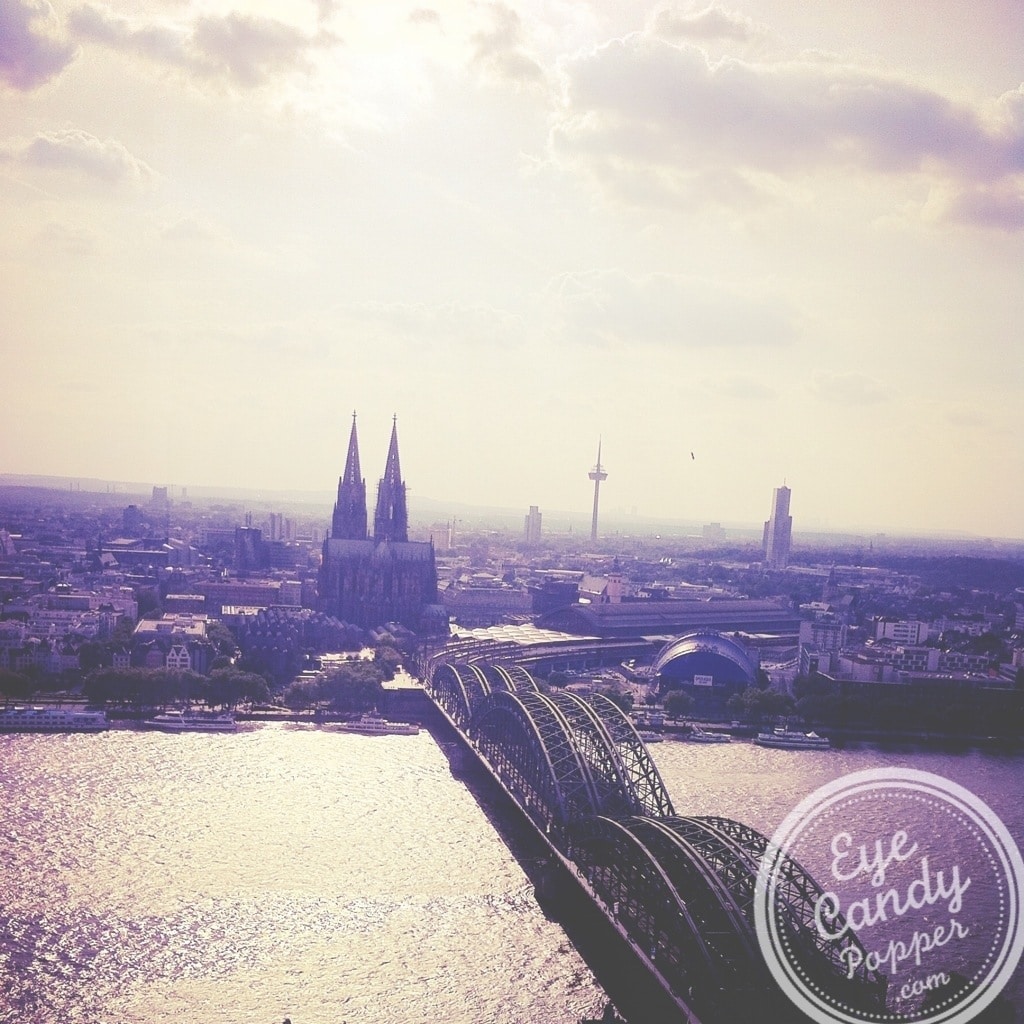