Home » Daily Living » What Is So Special About Organic Food? (Part 5 – Additives)

Organic food goes beyond your basic fruits and vegetables available in the produce aisle of your local grocery stores and supermarkets, it affects all processed food, non-food items and animals too. I found this great article last week that talks about some practices used in commercial farming of animals like pigs, cows and chickens. Practices that are banned in Europe but are totally acceptable here, in North America. (Yum! bleach-flavoured meat!)

I hope I don’t come across as the bearer of bad news, but I believe in knowledge, and the more people know about all this, the more you can change the way you buy your food (and everything else) and the more each of your dollar shows large corporations and the governments that you want to eat better foods. But in the meantime, why wait for them to make the changes that impact your life (and your family’s life) immediately? As a friend of mine just told me recently, the food you buy is an investment in your health, now and for the future.

Not that you need more, but here is another good reason to purchase organic meat that has been grass-fed from a small local organic farm…

Last week, the European Commission voted to place a two-year moratorium on most uses of neonicotinoid pesticides, on the suspicion that they’re contributing to the global crisis in honeybee health (a topic I’ve touched on here, here, here, and here). Since then, several people have asked me whether Europe’s move might inspire the US Environmental Protection Agency to make a similar move—currently, neonics are widely used in several of our most prevalent crops, including corn, soy, cotton, and wheat.

The answer is no. As I reported recently, an agency press officer told me the EU move will have no bearing on the EPA’s own reviews of the pesticides, which aren’t scheduled for release until 2016 at the earliest.

All of which got me thinking about other food-related substances and practices that are banned in Europe but green-lighted here. Turns out there are lots. Aren’t you glad you don’t live under the Old World regulatory jackboot, where the authorities deny people’s freedom to quaff  atrazine-laced drinking water, etc., etc.? Let me know in comments if I’m missing any.

1. Atrazine
Why it’s a problem: A “potent endocrine disruptor,” Syngenta’s popular corn herbicide has been linked to a range of reproductive problems at extremely low doses in both amphibians and humans, and it commonly leaches out of farm fields and into people’s drinking water.
What Europe did: Banned it in 2003.
US status: EPA: “Atrazine will begin registration review, EPA’s periodic reevaluation program for existing pesticides, in mid-2013.”

2. Arsenic in chicken, turkey, and pig feed
Why it’s a problem:Arsenic is beloved of industrial-scale livestock producers because it makes animals grow faster and turns their meat a rosy pink. It enters feed in organic form, which isn’t harmful to humans. Trouble is, in animals guts, it quickly goes inorganic, and thus becomes poisonous. Several studies, including one by the FDA, have found heightened levels of inorganic arsenic in supermarket chicken, and it also ends up in manure, where it can move into tap water. Fertilizing rice fields with arsenic-laced manure may be partially responsible for heightened arsenic levels in US rice.
What Europe did: According to the Institute for Agriculture and Trade Policy, arsenic-based compounds “were never approved as safe for animal feed in the European Union, Japan, and many other countries.”
US status:The drug giant Pfizer “voluntarily” stopped marketing the arsenical feed additive Roxarsone back in 2011. But there are still several arsenicals on the market. On May 1, a coalition of enviro groups including the Center for Food Safety, the Institute for Agriculture and Trade Policy, and the Center for Biological Diversity filed a lawsuit demanding that the FDA ban them from feed.

3. “Poultry litter” in cow feed
Why it’s a problem: You know how arsenic goes inorganic—and thus poisonous—in chickens’ guts? Consider that their arsenic-laced manure isthen commonly used as a feed for cows. According to Consumers Union, the stuff “consists primarily of manure, feathers, spilled feed, and bedding material that accumulate on the floors of the buildings that house chickens and turkeys.” The “spilled feed” part is of special concern, because chickens are often fed “meat and bone meal from dead cattle,” CU reported, and that stuff can spill into the litter and be fed back to cows, raising mad cow disease concerns.
What Europe did: Banned all forms of animal protein, including chicken litter, in cow feed in 2001.
US status:The practice remains unrestricted. US cattle consume about 2 billion pounds of it annually, Consumers Union’s Michael Hansen told me last year.

4. Chlorine washes for poultry carcasses
Why it’s a problem:As the US chicken industry has sped up kill lines in recent years, it has resorted to heavier use of chlorine-based washes to “decrease microbial loads on carcasses,” the Washington Post recently reported, quoting a previously unreleased USDA document. As I’ve noted, the USDA is preparing to release new rules that would speed up kill lines still more as well as allow companies to douse every carcass that comes down the line with antimicrobial sprays, “whether they are contaminated or not.” According to the Post, poultry workers face a “range of ailments” to the practice, including “asthma and other severe respiratory problems, burns, rashes, irritated eyes, and sinus ulcers and other sinus problems.”
What Europe did:The EU not only bans the practice, but refuses to accept US poultry that has been treated with antimicrobial sprays.
US status: As stated above, the USDA is preparing to roll out new rules that will increase the practice.

6. Ractopomine and other pharmaceutical growth enhancers in animal feed
Why it’s a problem:Fed to an estimated 60 to 80 percent of US hogs, ractopomine makes animals grow fast while also staying lean. Unfortunately, it does so by mimicking stress hormones, making animals miserable. The excellent food safety reporter Helena Bottemiller looked at FDA documents and found that between its introduction in 1999 and 2011, the drug had killed 210,000 pigs—”more than any other animal drug on the market.” Pigs treated with it, she found, suffer from ailments ranging from hyperactivity and trembling to broken limbs and the inability to walk. (Beef cows are fed similar drugs, as are turkeys.) Traces of these pharmaceuticals routinely end up in our meat—and according to Bottemiller, their effects on humans are little-studied.
What Europe did: Europe not only bars its own producers from using ractopamine, it also refuses to allow imports of meat from animals treated with it—as do China and Russia.
US status: Rather than trying to rein in ractopamine use, the Obama administration is actively seeking to force Europe and other nations to accept our ractopamine-treated pork.

7. Gestation crates
Why it’s a problem:The sows that breed the hogs confined in US factory farms spend nearly their entire lives stuffed into crates “so small the animals can’t even turn around or take more than a step forward or backward,” the Humane Society of the United States reported. An undercover HSUS investigation of a sow facility run by pork giant Smithfield in 2010 found, among other horrors, this:

The animals engaged in stereotypic behaviors such as biting the bars of crates, indicating poor well-being in the extreme confinement conditions. Some had bitten their bars so incessantly that blood from their mouths coated the fronts of their crates. The breeding pigs also suffered injuries from sharp crate protrusions and open pressure sores that developed from their unyielding confinement.

What Europe did: Banned them, effective this year.
US status: Pork giants Smithfield, Cargill, and Hormel have pledged to phase them out; several fast-food chains including McDonald’s, Burger King, Wendy’s, and Subway have promised to stop buying from suppliers who use the crates; and nine states have banned the practice, HSUS reported. But the practice remains widespread, and as industry flack Rick Berman recently put it, a large swath of the pork industry “has no plans to stop using standard sow housing.” 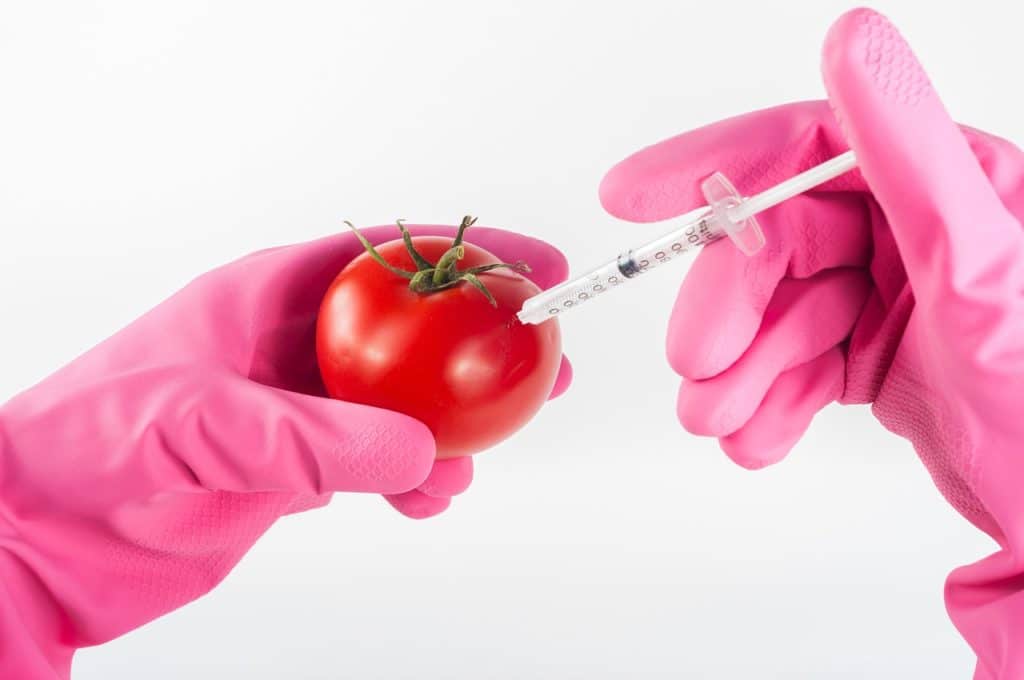 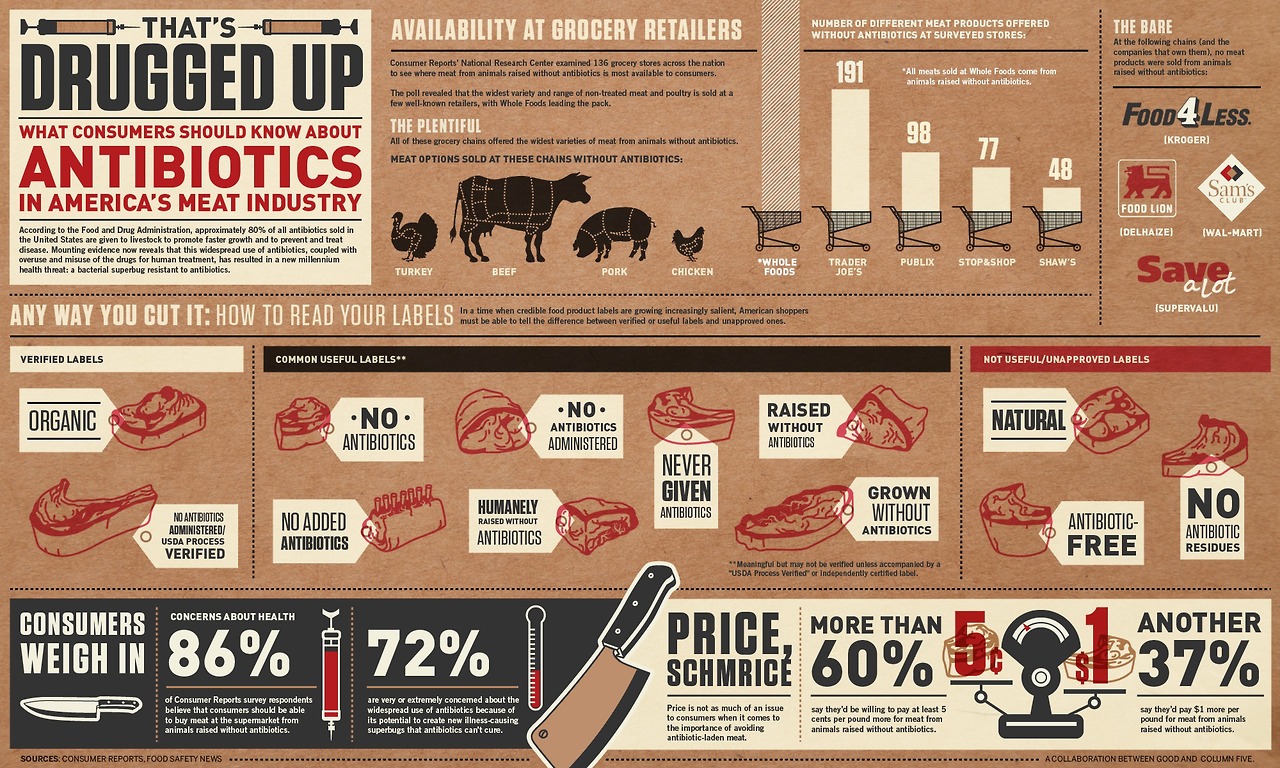