Home » Environment » The Small Island That Could: Iceland

I haven’t talked about it much so far, but here it is: travel! Although I LOVE to travel, lack of time and money make it that I don’t travel nearly as much as I’d like to, but I do what I can, because traveling for me is like breathing and eating healthy organic food – it’s a necessity and a priority! It’s true soul food 🙂

Time to reminisce about an amazing trip. Pretty much exactly a year ago, I was leaving on a trip to Iceland. For the 2nd time, in 8 months. The first time I went in September 2011 for only 3 days, with my husband and my sister. It was amazing but we felt like we needed to see a bit more, so when the chance presented itself again the next spring, I bought the trip with no hesitation (through icelandair.com, they have amazing deals!), for 5 days this time. My sister joined us again as well as my mother-in-law, whom we managed to convince after a bit of hesitation at first. This was after all, a “once-in-a-lifetime” trip. Or 2 for us. haha

We took a direct flight from Toronto to Reykjavik, not very long, about 5 hours or so. We stayed at the beautiful Hilton Nordica Reykjavik (both times, because we loved it so much the first time!), and what do you know? lucky for us, a small organic café called GLO was right across the street! It wasn’t open every day though so we only went once on each trip, but it was so fresh and delicious, I’d definitely go back.

We also had a delicious meal at one of the most famous fish & chips places, near the port, downtown Reykjavik, called Icelandic Fish & Chips Organic Bistro. So, so, so good! I’m not a big seafood person, but that fish was so fresh (from the morning) and they use an organic spelt batter instead of wheat (much lower gluten) that is light and fluffy, served with their homemade tartar sauce, using the Icelandic yogurt called Skyr (a thick and creamy yogurt, almost like a sour cream), which they use in various dishes. Their ‘chips’ aren’t fries though, more like homefries, but still yummy, and they had some delicious vegetable tempura using the same spelt batter as the fish. I recommend the yummy onion rings! Fresh salads, delicious desserts. MMmmm… I’m getting hungry writing about it.

Enough about food, we also went on some pretty awesome excursions. It seems like each hotel is equipped with their very own travel agency to book whatever tour you might like, so it is very easy to arrange whatever you want with their help (they are very nice and helpful!).

We had previously gone on the Golden Circle tour, which is pretty much the basics of Iceland, where you get to visit Iceland’s most famous waterfalls, the beautiful Gullfuss (which means golden falls), see geysers and geothermal area as well as the drop-dead gorgeous Þingvellir (Thingvellir) National Park part of the UNESCO World Heritage List.

This time, we went back to Þingvellir but we saw different parts. We saw spots where you can stand on 2 continents at the same time, standing with one foot on the European tectonic plate and the other foot on the American tectonic plate. Quite something. We’ve seen crazy blue glacial water that looks like we were in a tropical destination, but the water temperature is much, much colder! haha Speaking of temperatures, Iceland is not made of ice and is not as cold as people might think. It gets a temperate climate, but on the cooler side, so it’s warmer than our eastern Canadian winters but cooler than our summers. It basically never gets too cold or too hot, although unfortunately, its climate is starting to change due to global climate change, which unfortunately is melting glaciers too fast and rapidly becoming an issue in this country.

We’ve also climbed aboard a special all-terrain vehicle equipped with huge tires to go up a glacier and walk on it for a bit. We drove around parts of Vatnajökull, Iceland’s largest glacier. We saw the infamous Eyjafjallajökull volcano that erupted in 2010 and grounded planes all over the world.

We’ve seen icebergs (I was most excited about that!) in the Jökulsárlón glacial lagoon. The Vatnajökull glacier’s melting ice goes down into this lagoon and creates this amazing basin of water with icebergs floating all around you. Simply amazing. This lagoon was seen in movies like James Bond Die Another Day and Batman Begins.

I bought myself some cute Icelandic wool mittens and had a yummy organic beer and nuts at the hotel. And a trip to Iceland is not complete until you end it with a visit to the amazing Blue Lagoon, a natural geothermal spa! Yes! the water really is that blue!

Anyone who’s traveled will tell you that pictures simply don’t capture the true beauty of an area, and to be honest, I have so many pictures, it was hard to choose only a few, but here goes a few of my pictures I took with my iPhone, just to give you a taste… oh yeah, and even a pretty awesome picture of Greenland taken from the plane on the way back home to Canada.

I highly recommend visiting Iceland, truly a place out-of-this-world for a once- (or twice-) in-a-lifetime trip. 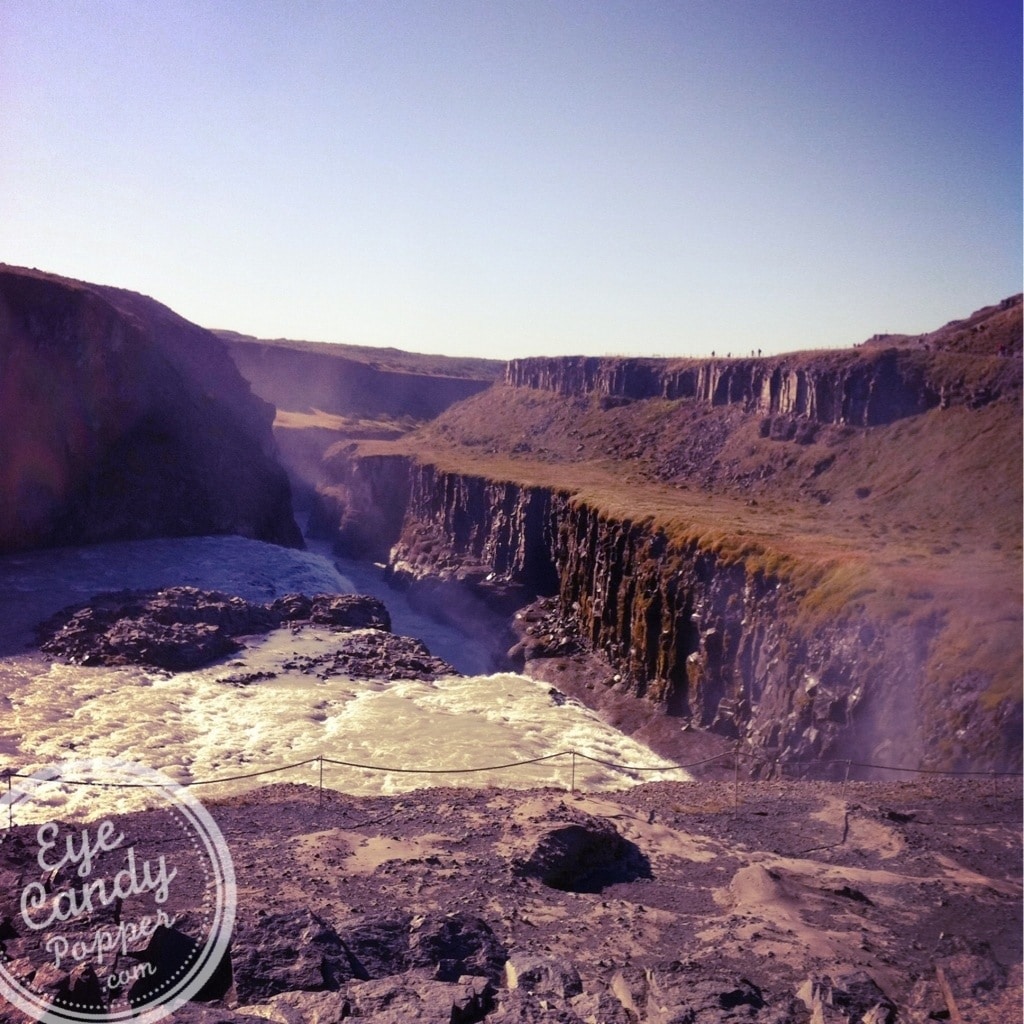 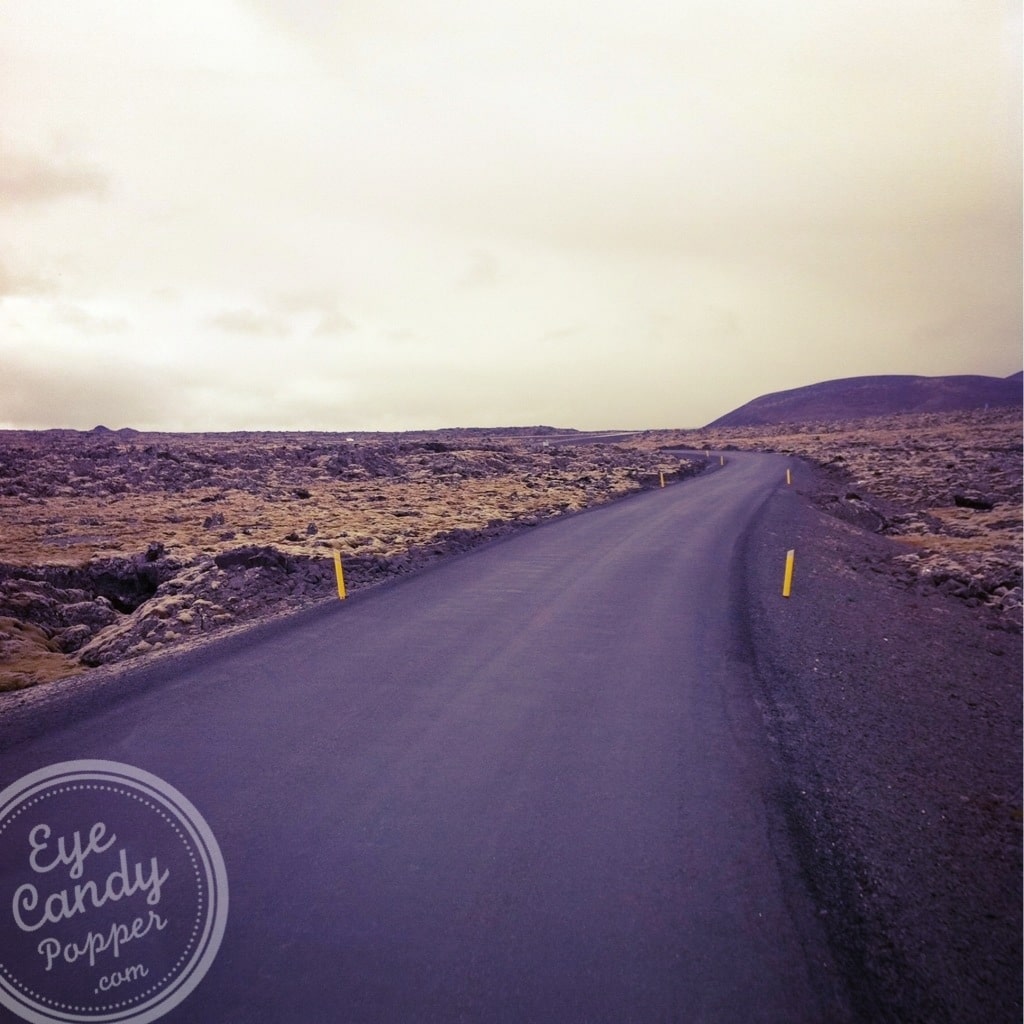 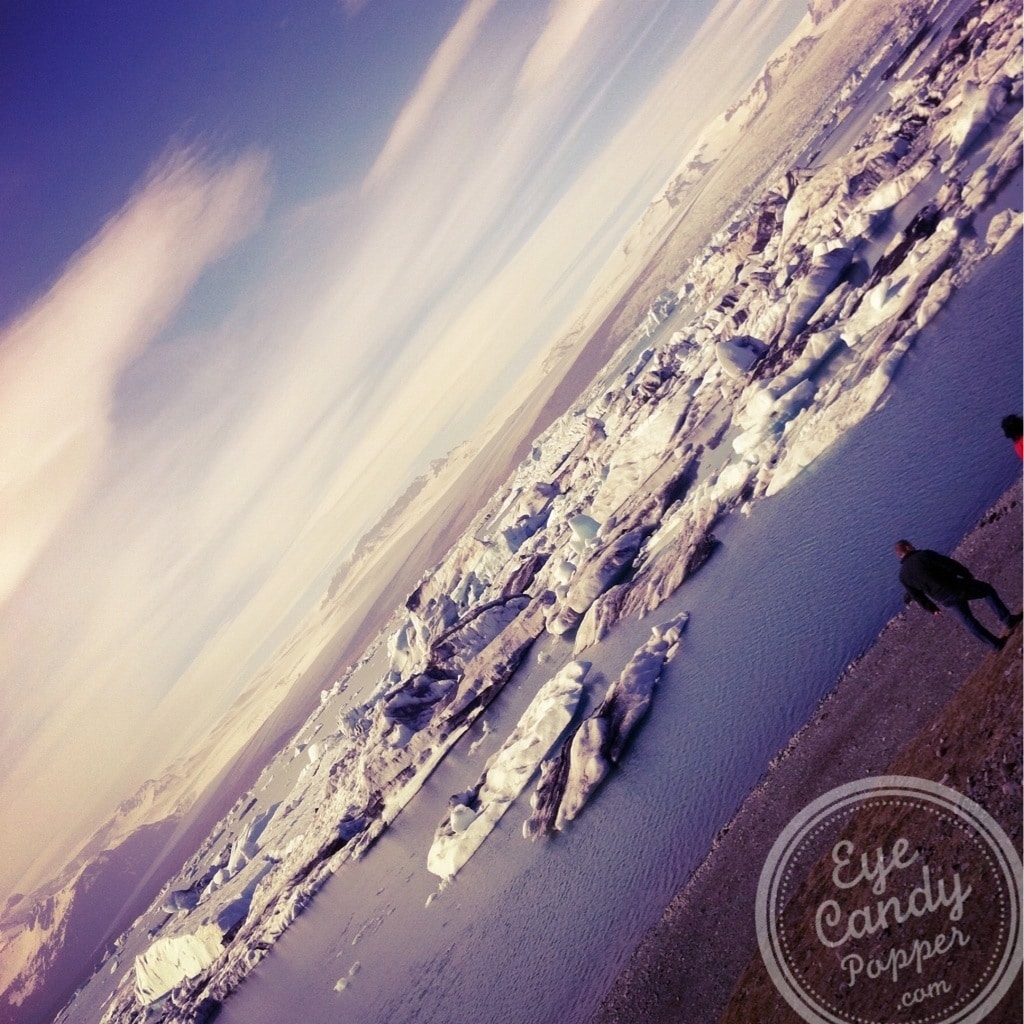 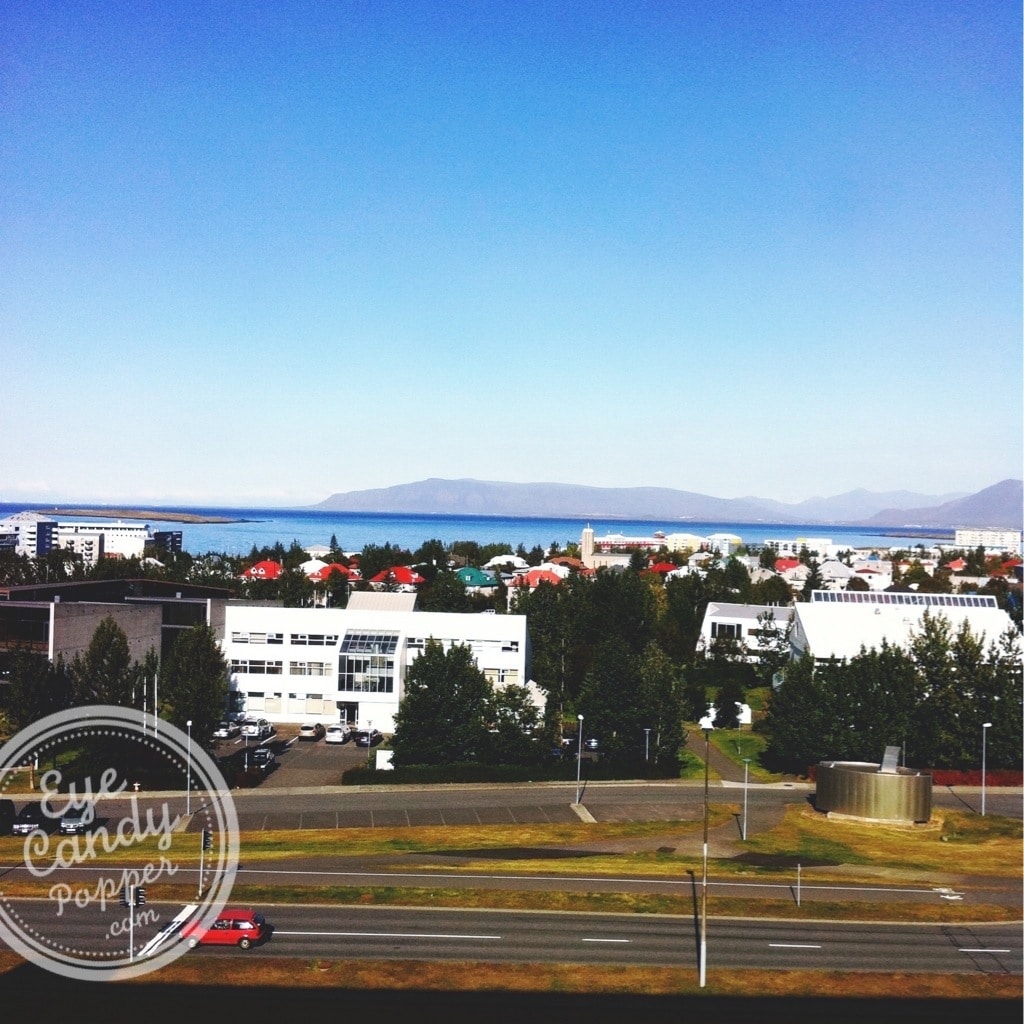 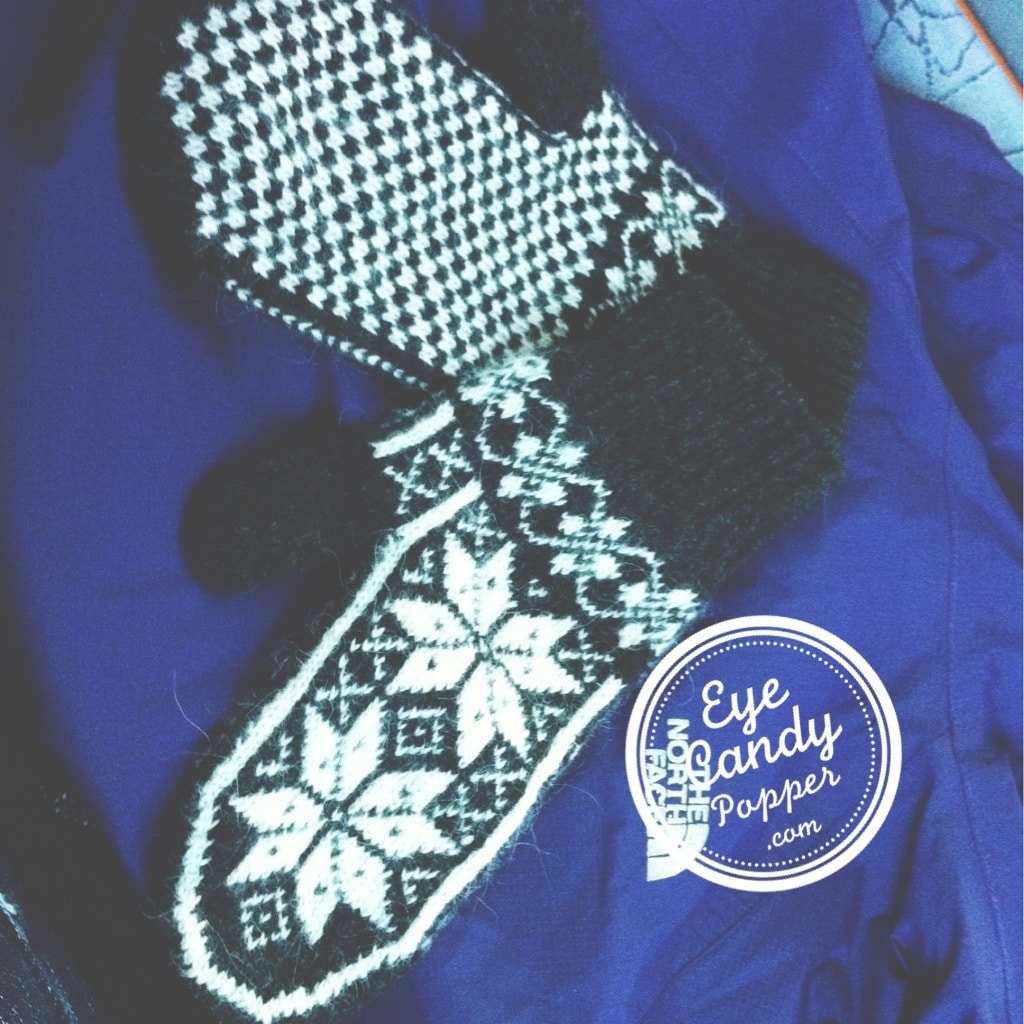 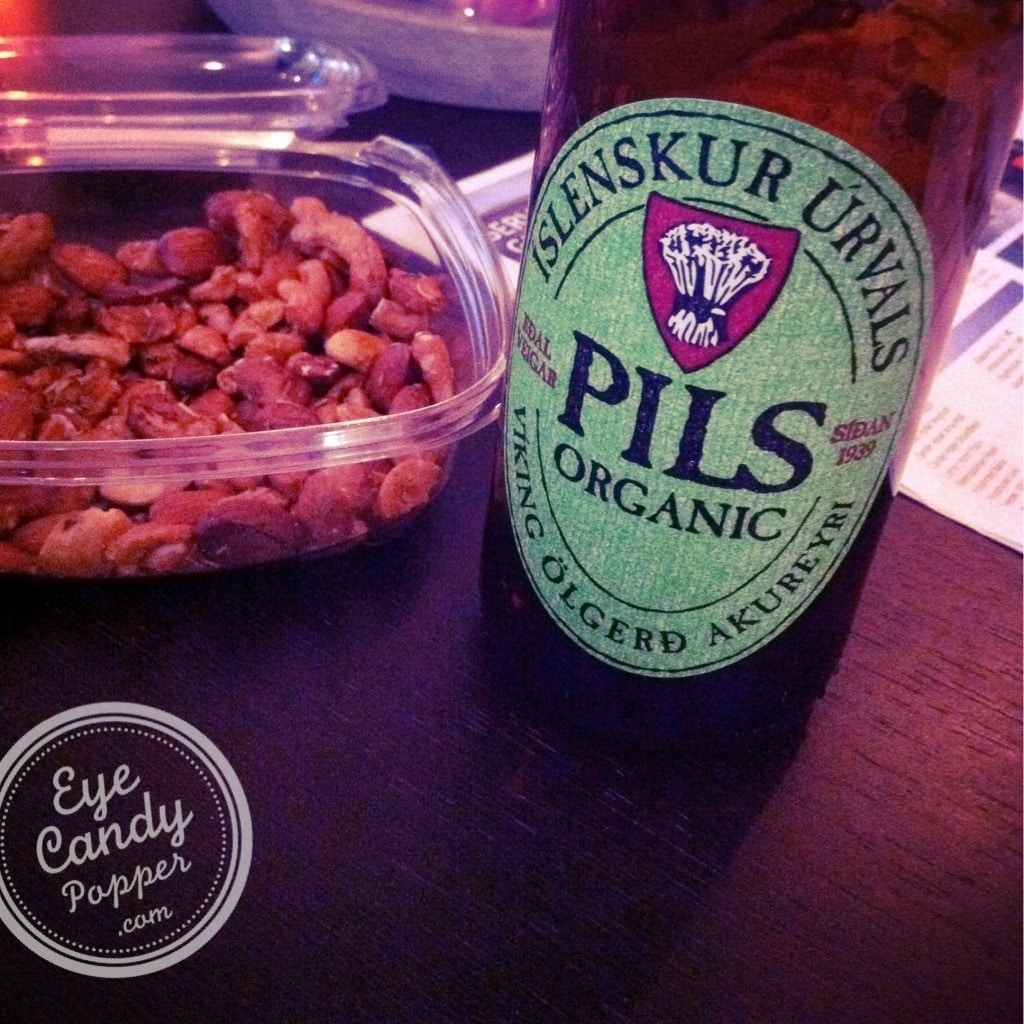 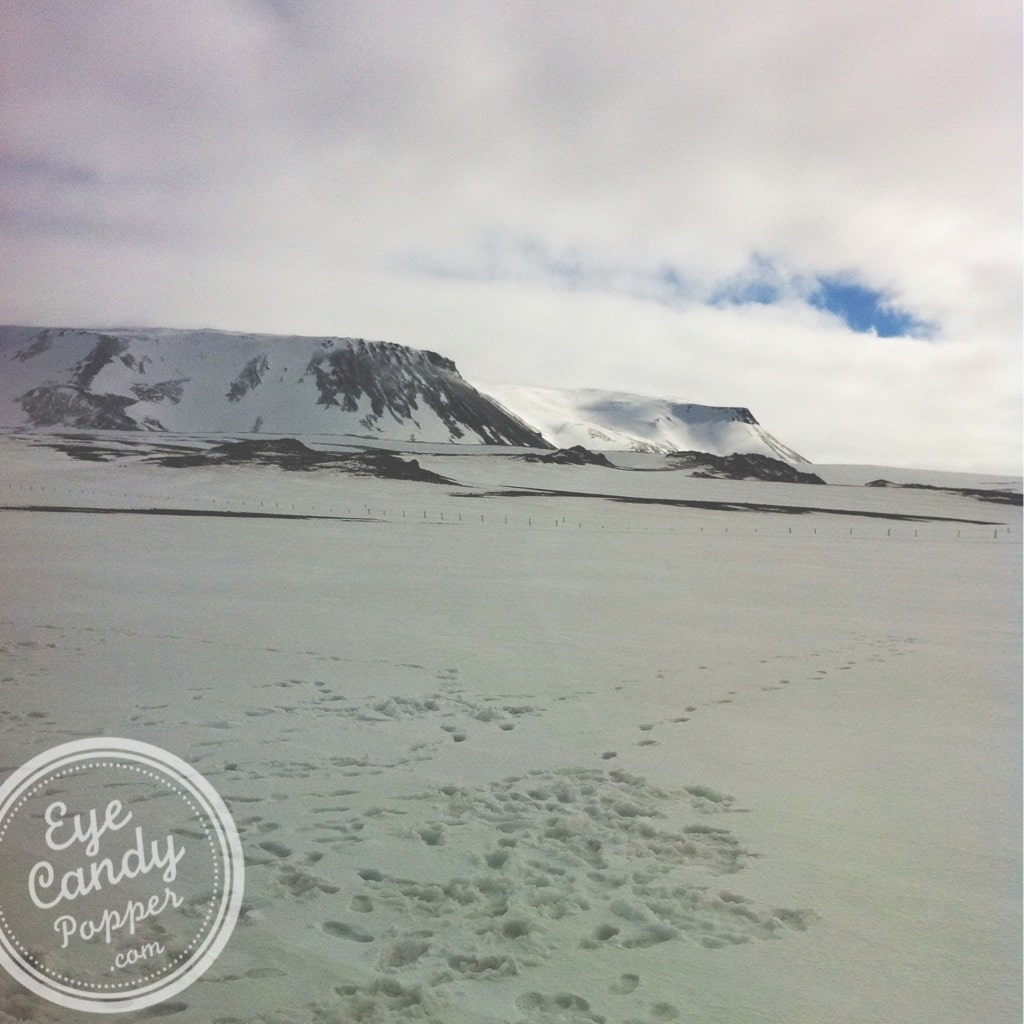 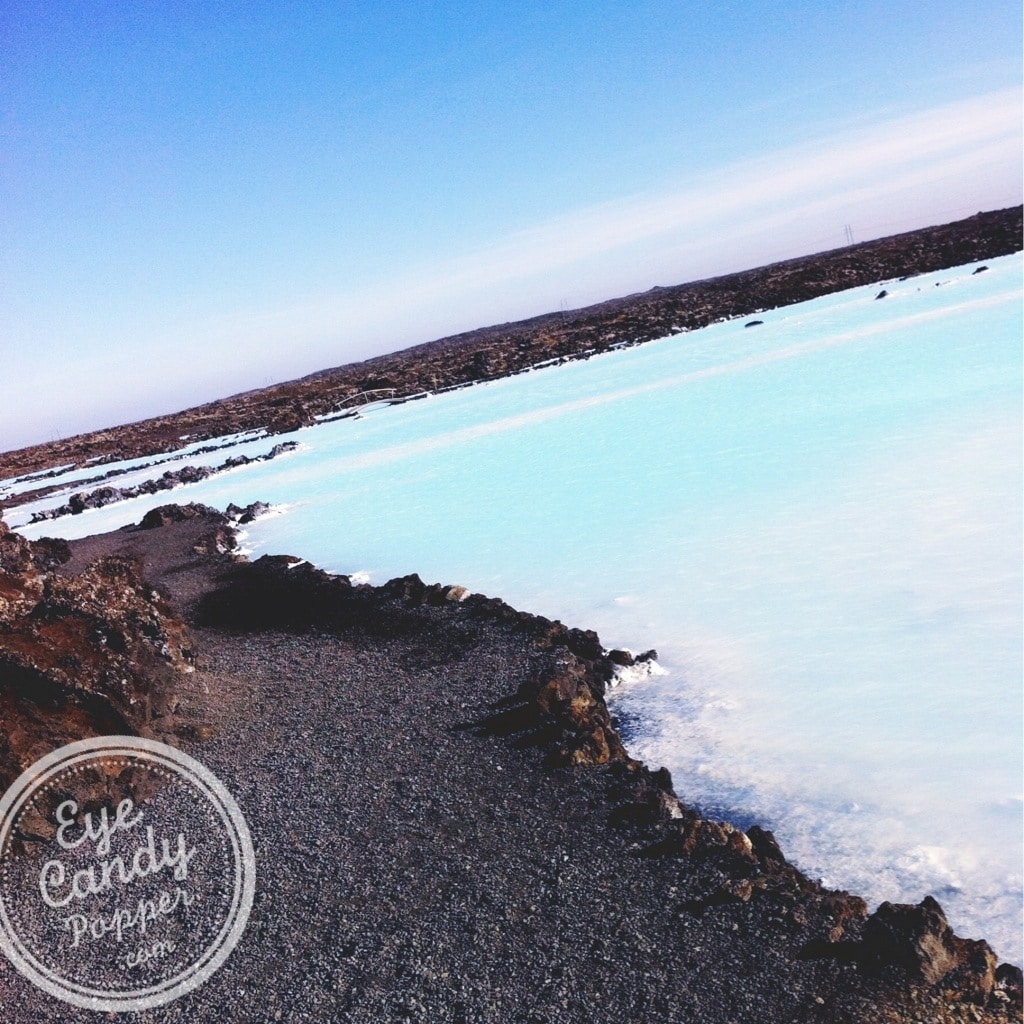 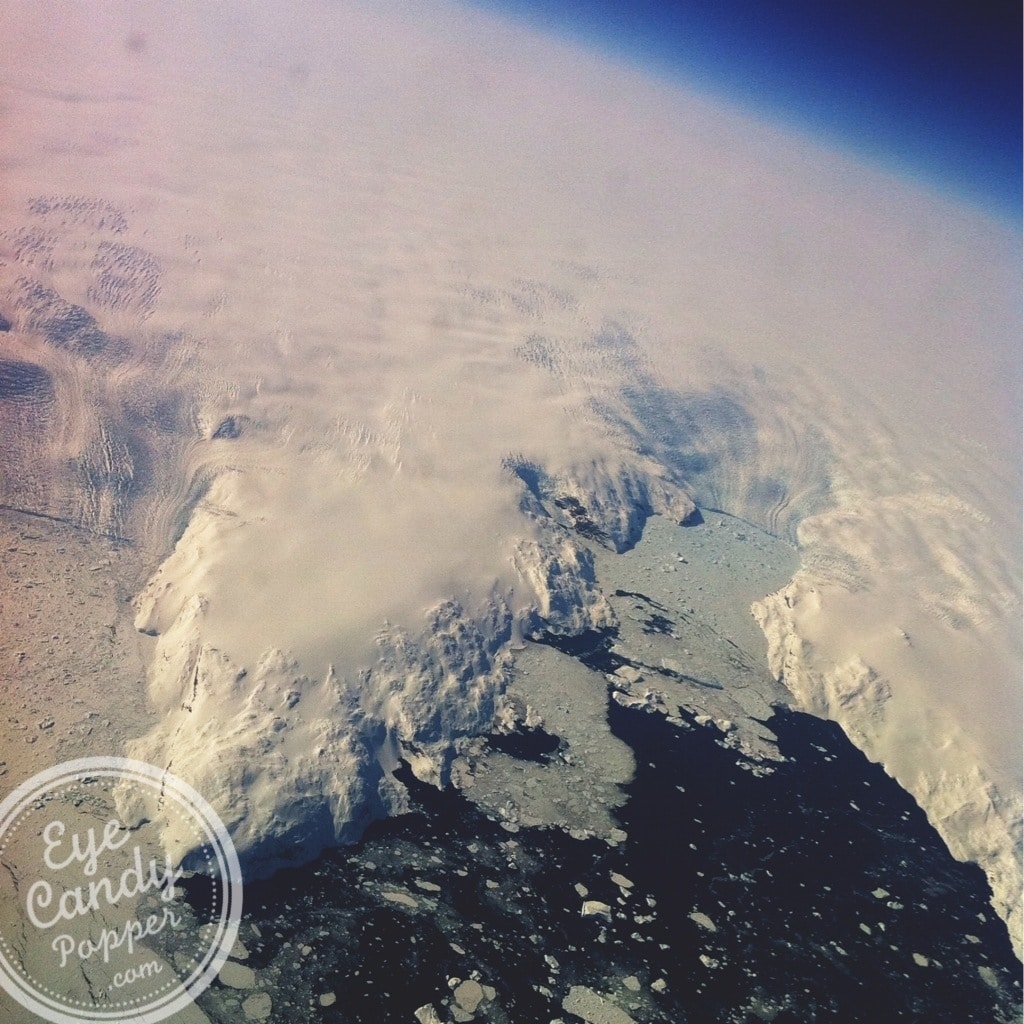 view of Greenland from the plane

We hate spam, your email is safe with us!
Previous Post: « Discover your weeds: Arnica
Next Post: Raw-esome! The un-cooked story: Vegan sushi »