Home » Daily Living » How Food is Marketed to Children

This is a must-watch for any parents, grand-parents, soon-to-be-parents, teachers, daycare providers, and generally anyone who might come in contact with children (i.e. everyone!). I recently came across a great video talking about the marketing aimed at children (and remember that junk food isn’t necessarily just fries and burgers).

Television watching is the favorite pastime in the U.S., and it’s become the favorite in many other parts of the world, too. After work and sleep, TV viewing is the most commonly reported activity in the U.S., taking up just over half of all leisure time. Similarly, in Australia, people spend about half of their free time watching TV, and across several countries in Europe, television takes up about 40 percent of people’s leisure time. In the U.S., people average about five hours of TV time each day, and in a few European countries, TV time rivals or exceeds that of the U.S.

Please take 14 minutes and watch this short video (more detailed info and some helpful suggestions below). 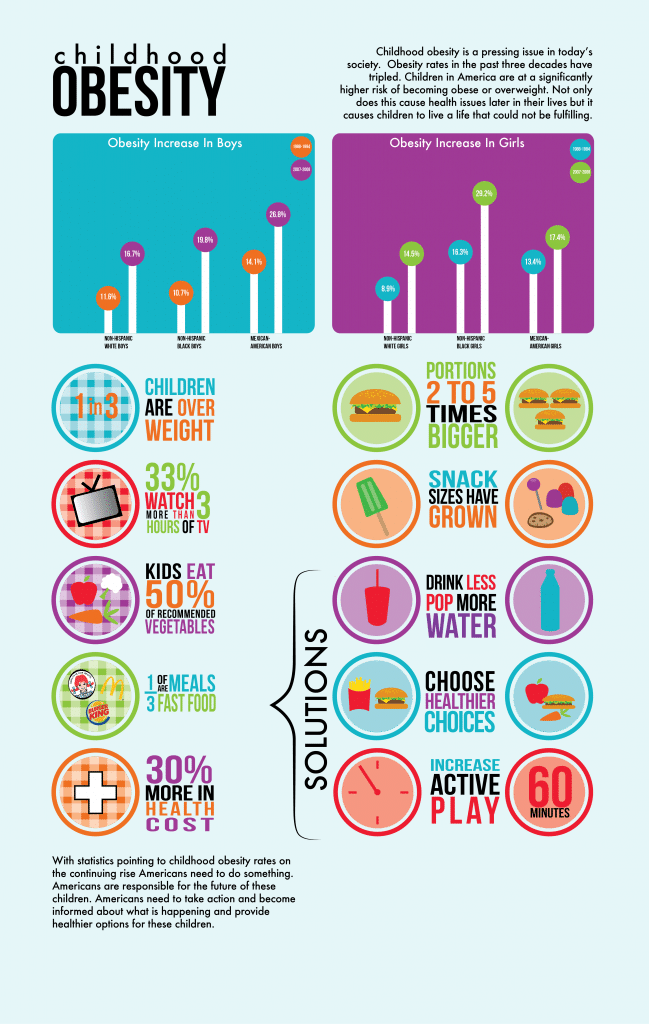 What is food marketing? 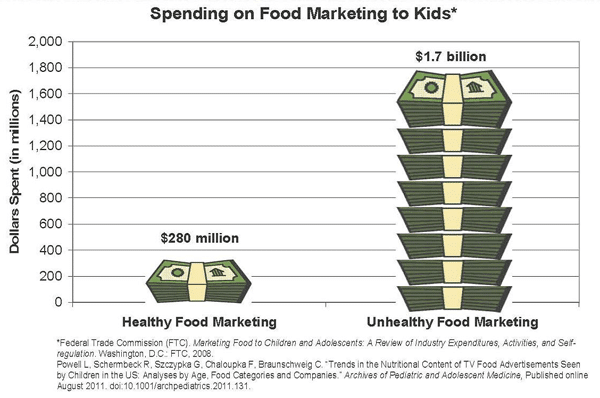 Why does food marketing contribute to childhood obesity?

To protect your kids from the current onslaught of food marketing, try this:

• Make your TV time non-commercial. No children should be watching more than two hours of television a day, but when they are watching TV, stick with PBS (or other forms of non-commercial programming) and videos. Rent videos or DVDs from the library, and if there’s a particular TV series your children like, rent it by the season (commercial free) through Netflix.

• Keep children’s bedrooms screen free. It’s much more difficult to monitor what your children are doing online—and any advertisements they’re getting sucked into—when they are locked up in their bedrooms with their computers.

• Monitor food marketing in your schools and community. It’s hard to convince your children that soda is bad when there’s a soda machine at school. Likewise, it can be tough to argue that a local fast-food joint is unhealthy if that same fast-food joint is sponsoring your kid’s soccer team. Talk to other parents or join your school’s PTA so you can work together to keep the influence of food marketers to a minimum.

Parents: Keep junk food out of the house and encourage physical activity. Don’t always give in to your kids’ demands, but explain to them why you’re doing so. If it’s not in your house, no one will be tempted to eat it 🙂

For more information, check out this report from the Harvard School of Public Health. 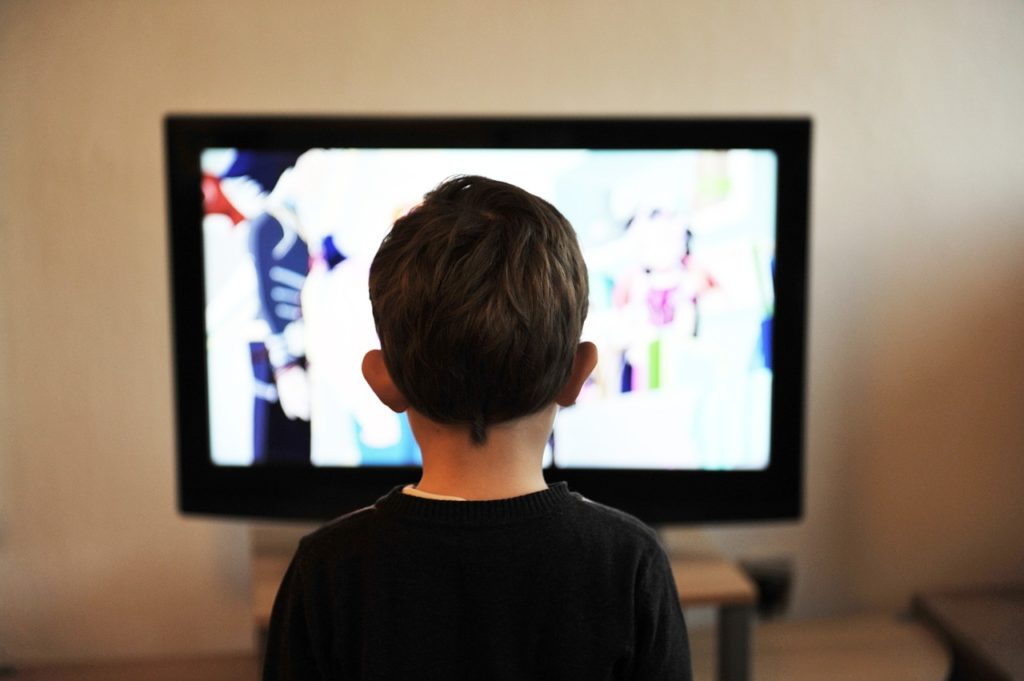 We hate spam, your email is safe with us!
Previous Post: « 20 Min Healthy Mini Cornbread | Dairy-Free
Next Post: Garlic and Parsley Green Salad with Parmesan Crisps »